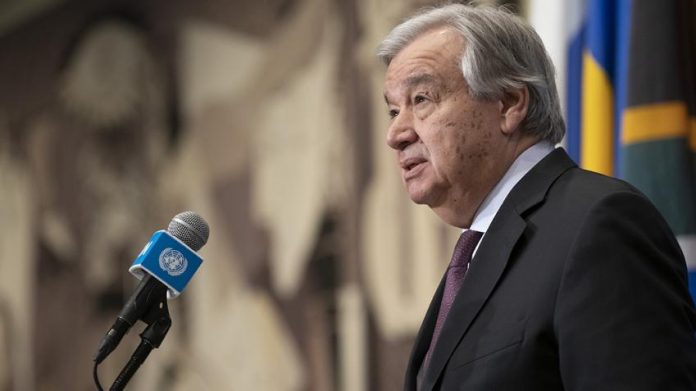 UN Secretary-General, Antonio Guterres, on Sunday urged debt relief for African countries and more investment to help their economies recover from the COVID-19 pandemic and the impacts of the Ukraine war.

The United Nations chief spoke in Senegal on the first leg of a trip that includes Niger and Nigeria, where he will visit communities affected by conflict and climate change.

Supply disruptions due to Russia’s invasion of Ukraine have caused simultaneous food, energy and finance crises in Africa and beyond, Guterres said.

The United Nations has made proposals to the World Bank and the IMF regarding mobilising various funds and debt relief instruments. Still, the measures taken have been insufficient so far, he added.

He called on wealthy countries and pharmaceutical companies to accelerate donations of COVID-19 vaccines and invest in local vaccine production, with almost 80% of the African population still not vaccinated against COVID-19.

“Beyond vaccination, we see big imbalances in investments in post-COVID recovery,” he said, adding that economic growth per capita is projected to be 75% lower in Africa than in the rest of the world over the next five years.

Guterres said he visited a vaccine manufacturing unit in Dakar with Senegal’s President, Macky Sall, who will soon be equipped to produce vaccines against COVID-19 and other diseases.

However, an executive at South Africa’s Aspen Pharmacare told Reuters earlier that Africa’s first COVID-19 vaccination plant touted as a trailblazer last year now risks shutting down after receiving not a single order.

Guterres also urged the authorities of Mali, Guinea and Burkina Faso to return to “constitutional order” as soon as possible.

During a press conference with Senegalese President, the UN Chief said it is essential to continue the dialogue with the three countries’ authorities to facilitate a swift return to “constitutional order.”

He also expressed his worry about the security situation in the Sahel region. He pledged to continue “robust African peacekeeping and counter-terrorism operations, implemented by the African Union and supported by the United Nations.”

He called on the entire international community to lend support to West African countries so that they could tackle the security challenges from the root.