African Leadership Magazine
Home Africa We are not really in a recession, says confident Ramaphosa 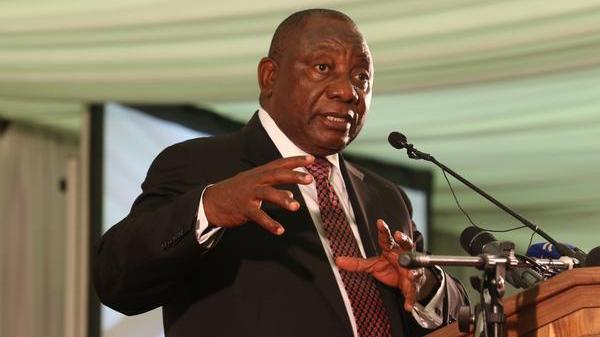 President Cyril Ramaphosa refused to accept that the country was in an economic recession.
Instead, he called for calm and blamed the economic woes on the poorly performing agricultural sector because of late rains and late harvests.

He said we were dealing with a combination of “too many things” such as the weakening rand and fuel prices, both of which were not our doing.

The upbeat president, who went on a walkabout in the rain on Saturday with KwaMashu residents, and then later addressed the community at the Chatsworth Youth Centre, said better days were ahead.

“We are not really in a recession. Economies go through ups and downs.

“It is a reality that all of us as South Africans must accept. We are going to rebound and reach higher levels of growth, I am confident of this,” said Ramaphosa.

He returned this week from a visit to China which yielded several trade agreements with Chinese corporates, including a $1.1billion (R15.24bn) trade investment deal with the Bank of China.

However, economists were divided over Ramaphosa’s sentiments.

Economist Dawie Roodt said Ramaphosa was wrong to say that South Africa was not really in a recession.

“A recession means a slowdown in economic activity. If we are getting poorer and times are becoming more difficult for us, it means we are in a recession.”

Roodt said the fuel price and rand were certainly influenced by external factors. However, these factors could only have so much of an impact.

“Most of the reasons for our difficulties are home-made.

“Our woes are to be blamed on the ANC government for weak governance, nepotism and corruption. Ramaphosa should stop pussyfooting and should call a spade a spade.

“We are in trouble,” added Roodt.

However, economist Professor Bonke Dumisa claimed that South Africans did not have any reason to worry.

“All that the recession means is that we performed negatively in terms of our economic growth during the last two quarters.

“We have not been doing well in many areas such as the rand and the petrol price.

“But, yes, these are externally influenced by people like US President Donald Trump when he posts about us on Twitter.

“We will come out of these times,” said Dumisa.

The DA’s national spokesperson, Solly Malatsi, said that Ramaphosa’s assurances that the country’s economic outlook “will look brighter” would do nothing to curb unemployment, rebuild declining investor confidence or make life better.

“What the failing ANC government has done is increase the burden on people oppressed by poverty and unemployment,” he said.

“They have increased VAT by 1%, the petrol price has increased every month since March,” said Malatsi.