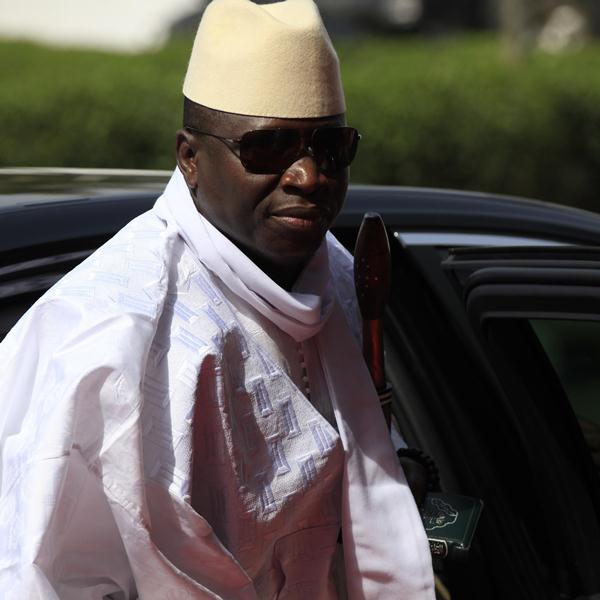 West African heads of state began arriving in Gambia on Tuesday to try to convince the long-ruling President Yahya Jammeh to relinquish power after losing an election this month.

Jammeh, who seized power in a coup in 1994 and earned the reputation as a repressive leader, had conceded defeat to opponent Adama Barrow, prompting wild celebrations in the country of 1.8 million after the Dec. 1 election.

However, he changed his mind a week later, citing irregularities in the official results, which were corrected to show a victory margin of fewer than 20,000 votes for Barrow.

Jammeh’s U-turn has prompted sharp criticism from the United States, the United Nations, regional body ECOWAS and even the African Union, which typically takes a softer line.

Diplomats in the region say that if Jammeh seeks to cling to power after negotiations fail, neighbours might consider options for removing him by force. Marcel de Souza, president of the ECOWAS commission, told Radio France International on Monday that sending troops was “a conceivable solution”.

Liberia’s President Ellen Johnson Sirleaf, a Noble peace laureate and chair of ECOWAS, was leading the delegation, a statement from her office said.

Absent from Tuesday’s delegation is neighbouring Senegal which entirely engulfs the riverside nation and has a history of poor relations with Gambia.

Senegal sent troops there during a coup in 1981 and some officials suspect Jammeh of sponsoring a rebellion in its southern Casamance region. Senegal’s Foreign Ministry called Tuesday’s trip a “last chance mission” for Gambia’s President.

However, the AU said in a statement late on Monday that it also planned to send a high-level delegation led by Chad’s long-ruling President Idriss Deby to facilitate a “peaceful and speedy” transfer of power.

The streets of the capital Banjul were calm on Tuesday, with a high-security presence, witnesses said.

Armed guards surrounded a hotel where the delegation was due to meet Barrow, who has said he would annul Jammeh’s declaration of Gambia as an Islamic republic, later on Tuesday.