African Leadership Magazine
Home Feature Reports What Do We Do With ‘Different’? 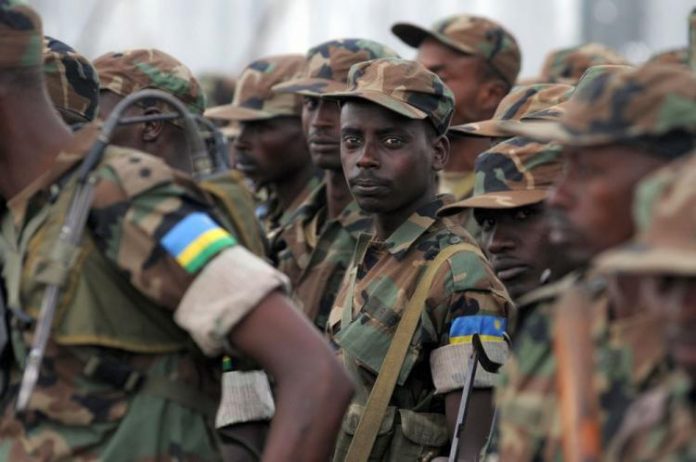 In the space of over a decade from 1933 when the Nazis came to power in Germany, over 6 million Jews and 6 million non-Jews – Blacks, Roma, Slavic groups – were killed during the Holocaust.

And barely 24 years ago, the world bore witness to the Rwandan Genocide, which took place between April and July of 1994. The death toll is put at between 500,000 to 1 million – almost 20% of the Rwandan population and 70% of the Tutsi people.

In all these cases, the attackers did not simply wake up one day and decide to bathe the streets with the blood of other humans. No, there were whispers before time, murmurings that were left to fester and seeds of hate that were given soil to germinate.

According to the United Nations Office on Genocide Prevention and the Responsibility to Protect, Genocide was codified as an independent crime in the 1948 Convention on the Prevention and Punishment of the Crime of Genocide (the Genocide Convention).

In the present Convention, genocide means any of the following acts committed with intent to destroy, in whole or in part, a national, ethnical, racial or religious group, as such:

According to Gregory H. Stanton, the genocidal process has 5 stages.

The first is Classification – where people are divided into categories. This classification can be based on ethnicity or religion. There is an “us” versus “them” mentality and people are treated on the strength of what group they belong to.

Second is Symbolization – we use symbols and names to identify our classifications. Yoruba, Igbo, Hausa, Muslim, Christian, Atheist, Traditional Worshipper. The Hijab means something. So does the habit. And the veil. And rosaries. And tribal marks. And skin color. And so on.

Dehumanization – where the humanity of others is denied. Where they are viewed and referred to as less than human beings. This is how you can look at another human and take their life with no regrets, because in that moment, they cease to be humans. They become a disease, an infection, something that needs to be gotten rid of before it causes pollution.

Organization – “us” versus “them”. One group organizing itself against another deemed to be different. Think terrorism, ethnic clashes.

Polarization – here, the middle is destroyed. There is retaliation and people who are seen as moderates are killed so eventually, it is extremists fighting each other and hope of reconciliation is lost.

(By the way, the first sets of people who are killed in genocide are moderates, people like you and I who are in the middle, want “no trouble”, but who also kept silent when the seeds were planted around us).

The seventh step is Extermination – this being a term that is mostly used for the killing of animals, because in the eyes of the perpetrators, the victims are no longer human. Targeted groups are killed in their numbers, their bodies mutilated and buried in mass graves.

And then comes the Denial stage, where there is quibbling on which side lost more people, who started it, what is the proof that the numbers are accurate or the happenings are confirmed.

Think on these eight processes, and maybe like me, your mind will take you on a journey through happenings in different parts of Nigeria that elicited some of these EXACT reactions.

On the lower end of the scale, the total number of people who were murdered in the three genocides highlighted above comes up to over 13 million. And these are only 3 examples – the world has experienced many other instances where we forgot to reflect on the rights of others’ and our equality in the eyes of the universe.

Genocide sounds abominable, as a lot of shocking things do when viewed through the lens of history. But look at the world today, look at Nigeria and you’ll be able to draw similarities in the events that led to these happenings.

We live in a world that is so obsessed with similarities, in perceived dominance and in the inherent belief that different must always translate to good or bad, better or worse, normal or exceptional, preferred or blacklisted, forgetting that different can just be that – different.

Of the major genocides that have occurred in the history of the world, the root have often been differences; whether that difference is owing to race, ethnicity, class, religion or caste.

You only need to look at the atmosphere in our country to know that whether we admit it or not, there are harmful divides formed on the basis of some of these differences, especially religious and ethnic. If we continue to let these seeds of hate get rooted in the earth until they become trees, I promise you we will all be affected; Muslim, Christian, Igbo, Hausa, Yoruba, everyone.

What can YOU do with different?

Before we were labelled by the world, we were humans.

In that one word was all the similarity that we needed to accord each other the respect we desire. When we’re hungry, we eat. At some point in life, we seek for people who make us feel like we can touch the sky, and work that adds sparkles to our day. We laugh at similar jokes online and are inspired by happenings in countries far away from ours – think viral contents.

Learn another language if you can. Educate yourself and people around you. Don’t give people in your group the impression that it’s okay to talk derisively about a group of people just because they are different. Reject classifications that seek to dehumanize. Read! Hold your religious leaders to higher standards, the one that preaches love and humanity and not hate. Hold yourself to a higher standard.

Ultimately, we’re all on a journey here.

Some people were never taught to look beyond differences. I acknowledge this truth.

And so they grew up with this disdain of people who do not worship God the way they do or speak the language of their birth. Your upbringing was not your responsibility, but how you live your life as an adult is.

Reach beyond the spaces and people you’re familiar with. Engage with people who are different and do so with an open mind. It can be as simple as smiling at someone who embodies ‘different’, where previously, you would have kept a death stare.

Get to know people for who they are, not what you have been fed to believe about them.

Why is it that Igbos must be bad before Hausas can be good? Why does Islam have to be evil before Christianity is worth following?

Our lives are a culmination of our beliefs, upbringing, encounters and experiences. The truths in our personal experiences do not render another’s experience invalid. Why is it that you feel strongly about your truth, but find it arrogant that another person feels the same way about theirs?

Until we truly internalize this, we will always fight for supremacy and render each other less than human.

It is amazing how much people do not know about a different belief or tribe beyond what they have been spoon-fed.

Speak respectfully to someone of a different faith about their belief. Ask questions. Seek to know. It’s amazing how willing people are to share and answer our questions with the right manner of approach.

None of us know everything, or even close to it. None of us ever will. Why then do we make ourselves the authority about another religion, another tribe when in reality we know next to nothing?

This can be of your time and expertise.

You’re a lawyer? Can you find loopholes in the law that makes it possible for people to commit these crimes and get away with it? The Senate had to pay attention to the ‘not too young to run’ bill because people just didn’t let it go.

Are you gifted with words? Then, use them. Start with the people around you. Remind them of why we cannot afford to forget our humanity.

There are numerous ways to give of yourself, through the tools that you already possess.

Imagine living in a world where we all speak the same way, have the same opinions, like the same things, disliked the same things and the list continues. What a monotonous, SUPERBLY colorless world it will be!

I know for sure, I don’t want any part of that world.

What do we do with different? We let different be, because we understand we all belong to the Earth. And the Earth belongs to all of us.

Tawakalit Kareem is a writer and editor.

She works in Communications at Decipher Solutions, a development agency focused on sustaining human resource potential in Nigeria, and volunteers with value-driven organizations like Wecyclers and Dream Nurture Foundation.

She is the founder of The Butterfly Project, committed to increasing the capacity of girls in Nigeria, and co-founder of IdeaConference, a platform that brings young people together to share forward-thinking ideas targeted at growth.

She is currently working on a platform that provides an avenue for people to speak with a stranger and share anonymously.

Tawakalit is an avid reader and one of her top 10 dreams includes travelling the world.