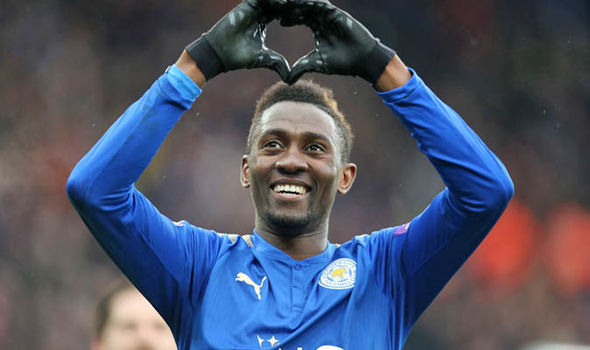 The Nigeria midfielder, who had reportedly been targeted by Arsenal, has signed a new deal with the Foxes through 2024. Leicester City have handed Wilfred Ndidi a two-year extension to his contract with the Premier League club.

Ndidi has been one of Leicesters’ most consistent performances since his arrival from Genk in January 2017, and has penned a new deal keeping him at the King Power Stadium until 2024.

The Nigeria international was the Premier League’s most successful tackler last season and played every minute of the Super Eagles’ World Cup campaign in Russia. The 21-year-old’s performances reportedly earned him interest from the likes of Arsenal and Manchester United.

But Ndidi, who has already made over 60 appearances for Leicester and been named the club’s Young Player of the Year for 2016-17 and 2017-18, is delighted to have pledged his future to the club. “I am very happy to sign this contract with Leicester City. The 21-year-old told the club’s official website “I have enjoyed every moment of my time with the football club, so I am thrilled to be here for six more years. “Together with my team-mates and our wonderful supporters, I hope we can look forward to many more fantastic moments.”