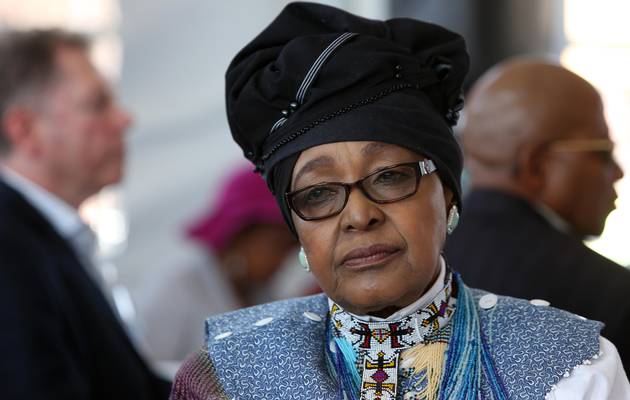 Although Madikizela-Mandela did not attend the function, the mention of her name drew loud cheers and hand clapping – some guests who were apparently expecting to see her take the podium to accept her accolade stood up spontaneously.

African National Congress Women’s League (ANCWL) president Bathabile Dlamini, who attended the function with other senior party members, said Madikizela-Mandela was a very brave woman who kept the “fire blazing” and did so much to keep the name of the ANC relevant when it was banned and many of its leaders, including her then husband late former president Nelson Mandela, had been arrested.

“Struggle was not a fashion, it was a commitment,” said the ANCWL leader. She said the AU Commission had made South Africans proud by honouring “the mother of the nation”.

She said Madikizela-Mandela, whose award was accepted by her granddaughter, was an inspiration to all women in the world who were fighting for gender equality and women’s empowerment.

Dlamini added that the award was a fitting 80th birthday present for Madikizela-Mandela.

Most of the guest who attended the gala dinner were women including outgoing AU Chairperson Nkosazana Dlamini-Zuma, SA International relations Minister Maite Nkoana-Mashabane and other women from the continent.

Madikizela-Mandela’s granddaughter thanked those in attendance for acknowledging her grandmother’s selfless sacrifices and saluting her courage during the struggle as well as for celebrating her achievements, even though many in the past tried to tarnish her name.

Stevie Wonder’s “Happy Birthday” song was played for the mother of the nation, which brought most of the guests to their feet. Dlamini-Zuma led the dance moves joined by other women.

There was also a massive birthday cake for Madikizela-Mandela that was later cut and shared among the guests.