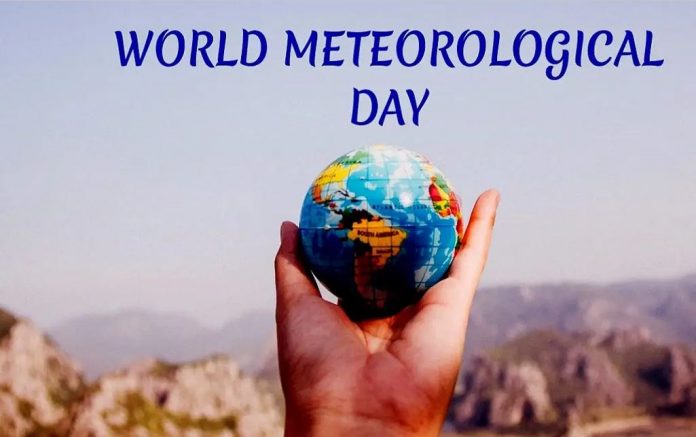 Climate change is already very visible through extreme weather in all parts of the world. The world is witnessing intense heat waves and drought and forest fires; more water vapour in the atmosphere, which leads to extreme rainfall and deadly flooding.

Every year, World Meteorological Day is celebrated on the 23rd of March. The day aims to enlighten people on their role in protecting Earth’s atmosphere.

The World Meteorological Organization WMO is an intergovernmental organization that has the membership of 193 UN member states. It was established in the year 1950. The organization is responsible for four aspects namely weather, climate, water, and environment.

This theme is considered apt because weather, climate, and water extremes are becoming more frequent and intense in many parts of the world as a result of climate change.

Last year, WMO published a report on disaster statistics for the past 50 years. It showed that there were more than 11 000 disasters linked to weather, climate, and water-related hazards, almost equal to one disaster per day.

The number of disasters has increased five-fold in the past 50 years. And the economic cost has soared.

Despite these gloomy figures, WMO says the good news is that the number of casualties has fallen dramatically.

According to WMO Secretary-General, the organization is promoting impact-based forecasting, of what the weather will be and what it will do. That is needed to enhance the preparedness and early action of various user and customer groups, who are dependent on weather.

Taalas said supercomputers, satellites, and advances in science have greatly increased the accuracy of our forecasts. Mobile phone alerts and weather apps can reach even remote areas.

He however emphasized that more needs to be done. He disclosed that only half of the 193 Members of WMO have multi-hazard early warning systems in place; with severe gaps in weather and hydrological observing networks in Africa, some parts of Latin America, and in Pacific and Caribbean Island.

To make right this, Taalas said WMO has created a financing mechanism known as SOFF (The Systematic Observation Financing Facility) to drive investment in the basic observing system and fill data gaps.

WMO’s vision is that by 2030, a world where all nations, especially the most vulnerable, are more resilient to the consequences of extreme weather, climate, water, and other environmental events will exist.

On the occasion of World Meteorology Day, WMO is spreading the message that early warnings work and begin with early action.