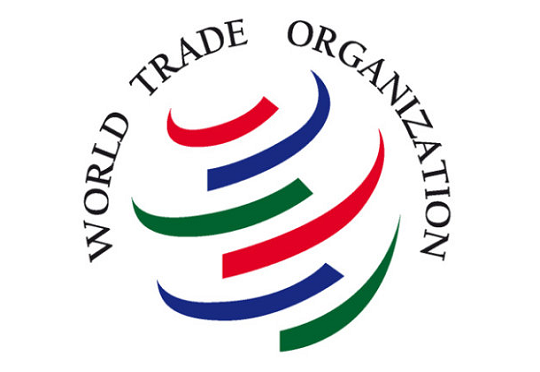 WTO members have reviewed the interim Economic Partnership Agreement between the European Union and Ghana at the meeting of the Committee on Regional Trade Agreements.

Parties to the EU-Ghana interim Economic Partnership Agreement (EPA) spoke of the growth in trade since the Agreement, which liberalizes trade in goods, entered into force on 15 December 2016.

The EU eliminated almost all tariffs immediately upon entry into force of the Agreement, while Ghana will eliminate 78% of its tariff lines by 2022.

The Agreement also has provisions on financial and non-financial cooperation. Development cooperation and support for implementation of the EPA is provided under the Cotonou Agreement, which the EU described as an agreement responsible for laying down the framework for its relationship with countries from Africa, the Caribbean and the Pacific (ACP).

The Agreement was crucial for Ghana’s goal of diversifying the type of products it exports and increasing their value-added content. The long-standing relationship between the two parties is gradually evolving from a focus on developmental assistance to a stronger focus on trade and investment, Ghana said.

Members commenting on the EPA sought more information on safeguard exemptions and technical regulations and trade facilitation efforts. The EPA was further lauded for eliminating tariffs to the benefit of economic growth and regional integration.

The EAEU was established on 1 January 2015, at which time it was composed of Belarus, Kazakhstan and the Russian Federation. Armenia and the Kyrgyz Republic acceded to the EAEU on 2 January 2015 and 12 August 2015 respectively.

All EAEU members are part of the WTO, save for Belarus which is in the process of acceding to the organization. Armenia and the Kyrgyz Republic are currently renegotiating their bound tariffs at the WTO to account for changes arising from their accession to the EAEU while Kazakhstan will start doing so in 2023.

The EAEU establishes a common market for goods, services, capital and labor as well as coordinated and agreed policies in different areas such as agriculture, energy and transport services.

EAEU members apply a common external tariff to imports from third countries, subject to some exceptions applied by Armenia, Kazakhstan and the Kyrgyz Republic.

EAEU members spoke of the benefits of their regional integration at the meeting, noting that the market of the union represents 183 million consumers and a combined gross domestic product of US$ 1.8 trillion.

The purpose of the EAEU is to increase competitiveness and increase the welfare of its members’ populations. Decisions are made by consensus among the EAEU members and an EAEU court resolves disputes among member states. EAEU members also emphasized that their treaties and practices are consistent with WTO rules.

Trade with third parties is also a strength for the EAEU and the union has already concluded free trade agreements with Viet Nam. Negotiations are ongoing with Singapore and Israel while those with Egypt and India are expected to start soon.

WTO members who made interventions at the meeting sought clarification on the consistent application of trade measures across different EAEU members in areas such as technical barriers to trade, import licensing, sanitary and phytosanitary standards, and transit of goods. Discussions also touched on claims for compensation being negotiated with Armenia and the Kyrgyz Republic who are modifying their WTO commitments following their accession to the EAEU.

The chair of the Committee, Ambassador Julian Braithwaite (United Kingdom), told members that 79 RTAs currently in force have not been notified to the WTO as of 12 November, acknowledging that the document makes reference to a forthcoming communication on some of the agreements on the list involving members of the Latin American Integration Association (LAIA).

Members continue to debate whether and how to notify certain LAIA agreements. A number of members also raised questions about the consideration of the Gulf Cooperation Council Agreement and asked GCC members to provide a clear timeline on when responses to questions could be expected.

The chair further noted that factual presentations for 29 RTAs involving only WTO members and those for a further 25 RTAs involving non-members remain pending, counting goods and services agreements separately. \

“End of implementation” reports were likewise due for 141 RTAs; however, none have been received in 2018. A number of members took the floor to raise concern over the continuing backlog of work and lack of notifications.

The WTO Secretariat again called on members to submit data and comments in a timely fashion. It also provided details of technical assistance activities in 2018 and those scheduled for 2019.