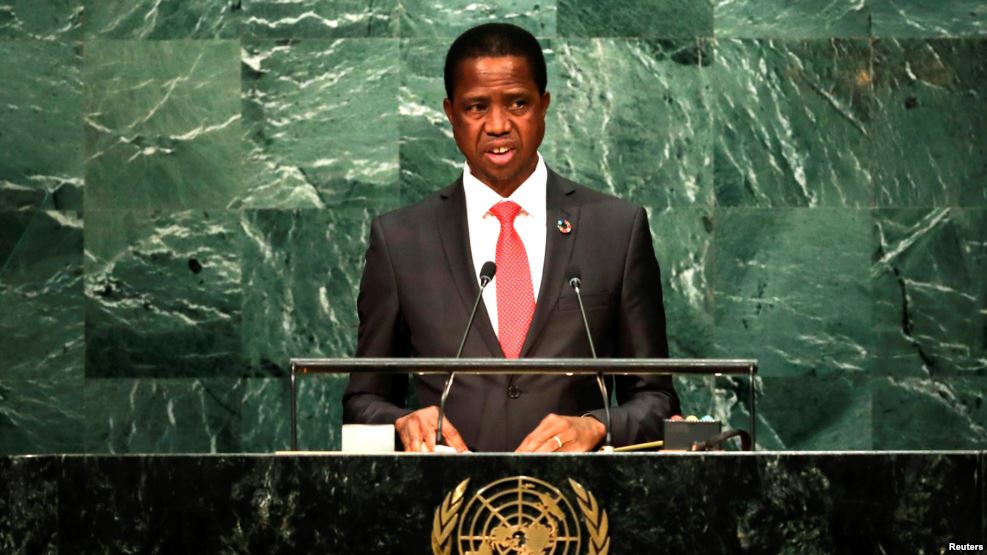 Zambian President Edgar Lungu has appointed eight women to his Cabinet in a decision that one women’s group in the country has welcomed as a positive step forward.

In a statement, Lungu said there was a need to encourage more women to become involved in politics.

“Ministerial positions are not about appeasing. The appointment of ministers is a … prerogative of the president. … It’s about getting the best to deliver,” said Lungu, who opens parliament Friday.

He also warned that he will not hesitate to fire disloyal and under-performing ministers. His recent comments came after he expressed concern about the low representation of women in parliament.

The portfolios for the new Cabinet appointees include higher education, agriculture, gender, community development and social welfare, and lands.

Juliet Chibuta, executive director of the advocacy group Zambia National Women’s Lobby, said the inclusion of the women is an achievement worth mentioning, but added there is room for improvement.

In an interview with VOA, Chibuta said the women’s inclusion in leadership positions will have a positive impact on Zambia’s national development.

“Zambia is a signatory to many international instruments on gender, which promotes gender equality,” she said. “So, when we saw that the president was making appointments and included women, for us we thought it was very progressive, because as a country, we need to adhere to the laws and policies on gender and also to the international instruments that we have ratified.

“The fact that we call ourselves a democracy, we need to ensure that we are inclusive of both men and women in the leadership of this nation. So the idea of including women in the Cabinet was not only progressive, but it also puts the country at a point whereby we all agree that it has gender equality,” Chibuta added.

Some civil society groups say the appointment of Cabinet ministers should be based on qualifications and competence, rather than gender. They acknowledged, however, that Lungu has the power to appoint whomever he chooses for his Cabinet, regardless of gender or political affiliation.

While welcoming of the new appointments, Chibuta said a different standard applies to women.

“But when it comes to a woman, people would always ask whether that woman is qualified or whether the woman is able to do the work that she has been appointed to do,” Chibuta said.

The Zambia National Women’s Lobby also supported women who contested the August 11 presidential, parliamentary and local elections. Chibuta said the performance of some of the women at the polls was an improvement over previous elections.

“It’s an achievement and also a significant step forward if you compare our 2011 results and how many women were elected and now,” she said.

“In 2011 … we had 17 women being elected, but now we have 26 women who were elected to parliament, meaning that at least we have managed to move a step forward,” Chibuta said, crediting efforts such as giving support to women interested in running and urging political parties to encourage women to run for office.