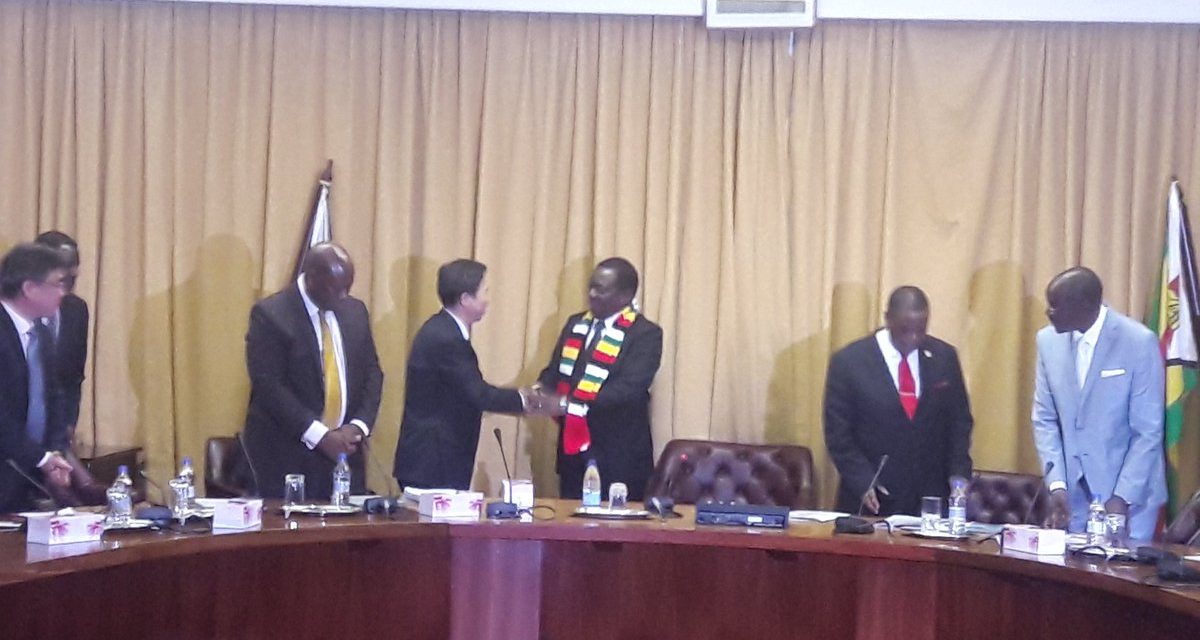 A $1bn deal has been sealed between Zimbabwe and Sinosteel Corp, a Chinese firm who is also a major shareholder in Zimasco.

The deal involves construction of a 400MW coal bed methane-fired power plant in Matabeleland North Province and setting up two new ferrochrome smelters at Zimasco, one in Zvishavane and another one in Kwekwe, where it already operates the country’s largest ferrochrome plant.

President Emmerson Mnangagwa revealed during the signing ceremony that the first phase of the implementation will involve drilling of two Coal Bed Methane (CBM) wells at the Shangani grants to fire a 12MW pilot power station, and the second phase, more productive wells will be drilled to set up a 400 MW plant. Therefore, the power plant is expected to commence operation in 2025.

The President also testified that the agreement with Sinosteel, was a testimony of his administration’s willingness to open up the economy to investment as well as engage the global community to do business with Zimbabwe.

According to Mr. Chitando, the project will create over 25000 jobs and the electricity will be used by Zimasco’s chrome smelting operations with excess supplied to the national grid.

“Zimbabwe is rich in minerals, most of which are still to be exploited including coal bed methane. The untapped sector presents unique and competitive investment opportunities,” said the president.

The Zimbabwean Government has projected to continue putting in place measures to facilitate the ease and cost of doing business in the country.