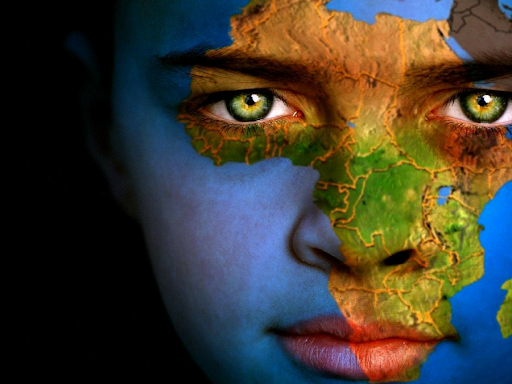 Talks and assumptions about Africa are shifting from deficits” and gaps to conversation about opportunities, prospects, ventures and creativity. With a fast-growing youth population, urbanization is expected to drive over 50% of Africans to cities by 2050, presenting numerous opportunities for investors.

Lately, emerging markets in developing countries have driven the global economic growth and Africa’s developing nations have not been left out. Along with this major trend, Africa has recorded powerful GDP growth, averaging 5% for almost a decade. Thus, it has become prime to say that “Africa is rising.” At the same time, opportunities and prospect for lucrative investments have increased day after day in various sectors.

The best time to invest is Africa is not to morrow but today. Here are some of the fascinating things you need to know and why you should invest in Africa:

Africa’s economic growth prospects are among the world’s brightest, six of the world’s 12 fastest-growing countries are in Africa (Ethiopia, Democratic Republic of the Congo, Côte d’Ivoire, Mozambique, Tanzania, and Rwanda). The International Monetary Fund (IMF) has projected that Africa’s growth prospects will be among the highest in the world. And the overwhelming news is: sectors where foreign companies could have a comparative edge, such as banking, telecommunications and infrastructure, are the major drivers of current economic growth in Africa, creating clear investment opportunities for foreign businesses.

Africa’s large deposits of natural resources promise a bright future for developing value chains. Agriculture and the extractive sectors are linchpins of national, regional and global value chains and Africa hosts 60% of the world’s uncultivated arable land. In 2015, the continent produced 13% of global oil, up from 9% in 1998. The growth trend of oil and natural gas production between 1980 and 2012 was amazing: from 53.4 billion barrels to 130.3 billion barrels for oil; for natural gas, from six trillion cubic meters in 1980 to 14.5 trillion cubic meters in 2012.  As of 2012, Africa already controlled 53.9% of the world’s diamond resources.

African trade barriers are falling and intra-African trade holds enormous potential; with the signing of 54-nation Continental Free Trade Area agreement – “Africa’s own mega-trade deal”, even the smallest African economies could see a lift. They is a possibility that African leadership will lower duties and introduce incentives, manufacturers could see benefit from setting up production and assembly operations in multiple African countries. That could lead to business recognitions and development in electronics, machinery, chemicals, textile production and processed foods.

Africa leads the world in mobile adoption, which continues to offer the biggest cross-sectoral economic opportunities. Mobile payment networks, pioneered in East Africa, opened the wired, global economy to poor, unbanked city and rural dwellers. Companies such as Novartis are using mobile communications to manage their supply chain; Olam has used mobile to reach out to new African suppliers and farmers. These mobile initiatives have achieved huge successes.

Mobile is the area where Africa has pushed beyond the boundaries in the developed world, and African techs are pushing for excellence. Mobile technology is enabling the region to overcome its lack of infrastructure; it’s also changing the game by enhancing consumers’ access to information and knowledge. Many African are prolific users of computers, smartphones, the Internet, and social media; in fact, mobile phone and Internet usage and penetration are disproportionately high in Africa and growing rapidly. Studies show that some Africans are even skipping meals so that they can afford their mobile airtime. Social networks are important, and the use of Facebook, Twitter, LinkedIn, and other sites is on the rise.

So what’s next? Seize the opportunity and be among the drivers of technological transformation in Africa.

5. Consumers are Willing to pay for Quality

Even though many African consumers have limited budgets, the cheapest products aren’t always the winners. Instead, African consumers insist on the right balance of high quality and price. “I’d rather not give the kids something just because it’s cheap and they want it. I’d rather give them something of good quality,” that the mentality of most African mums. Thus, you can invest in quality products in Africa and receive high returns. Did I tell you that most Africans associate price with quality? Oh yes! They do. So why don’t you bring in quality and become their plug for quality products? You can’t wait to open your financial reports, and to review again and again the upward-moving curves of your returns.

Africa currently has over 1 billion people. The UN’s demographic projections indicated that almost 60% of Africa’s population in 2019 is under the age of 25, making Africa the world’s youngest continent and the median age in Africa in 2020 was 19.8. While the rest of the world is aging, Africa is having a young population, which implies that even though the global workforce is reducing, Africa’s workforce would be about 1.1 billion, which is more than that of China and India. Africa’s young demographics could be a sign of economic strength. Also, young Africans like to consume the latest products, services, and technology which will generate profit for the potential investors.

Africa’s youthful population contributes to an abundancy of labour, which is one of the region’s top potentials for labor-intensive industrialization, and lowers production costs, resulting in benefits that far outweigh the cost of doing business on the continent. The hourly wage in Africa is less than 50 cents (for example, it’s $0.27 in Mozambique, $0.34 in Nigeria and $1.62 in Morocco) compared to $10.49 in UK, $7.25 in the USA and $6.57 in Japan. Engaging more foreign companies may help raise wage rates in Africa, improve labour market efficiency and generate additional resources for those left behind on the age ladder.

8. Money to spend and love for brands

Based on McKinsey institute report, by 2025, household consumption will reach $2.1 trillion in Africa and business spending $3.5 trillion; a total of $5.6 trillion in business and investment opportunities. Africa’s middle class is growing thereby leading to the creation of new expectations and a change in consumption.

According to the World Economic Forum (WEF), the young African who is in the middle class is young, brand-aware, and sophisticated in terms of their consumption. This implies that investors, international retailers and consumer brands can capitalize on the demands and preferences of these Africans and invest in the continent.

In the past the economies of African countries relied heavily on agriculture and the available natural resources, however, African economies are now diversifying beyond commodities. The skills development of Africans to venture into sectors that previously had no or limited Africans is also helping diversify the economy. Most African countries are focusing on non-commodity areas where they can be competitive. Every country in Africa now has what they term “Investment Promotion Agencies”, which operate as one-stop shops for investors, assisting with registration, taxes, and other steps to establish companies locally. As a potential investor you did be getting help in all of this; amazing!! Take advantage and invest in Africa now.

Africa is the second – largest and second most populous continent on earth. With an estimated population of over 1.1 billion people, Africa has a growing middle class. In the 1980s just 28% of Africans lived in cities, today more than 40% are in the cities.  This percentage is close to china and larger than India’s. Think at yourself as a successful investor surrounded by wondrous opportunities in which you choose the best for your portfolio. This dream can come true; the spectacular results are within your reach.

Now is the time for you to invest in Africa! While most investors are still totally clueless about some opportunities, you are aware that you can diversify your portfolio with amazing profits in Africa’s. Why don’t you just move forward and take decisive action to acquire those lucrative investments? Epic returns are waiting for you.