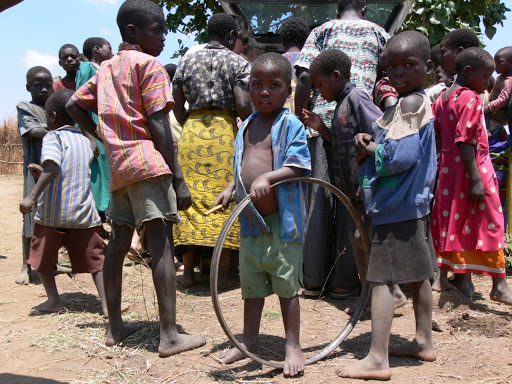 When the Sustainable Development Goals (SDGs) were announced in 2015, it was clear that success on SDG goal one – No poverty and goal two – Zero Hunger, depends largely on Africa’s performance. The 2020-2030 decade was singled to be a period of greater commitment by African leaders to enhance African development.  The decade promised to bring in a new era for development in Africa before the COVID-19 pandemic struck.

COVID-19 has caused a great deal of economic uncertainty all over the world. Millions of Africans who were on the lower stairs of the middle class have seen their incomes plummet due to rapidly vanishing jobs and a lack of social security. As a result, millions of people from this group are being move back into poverty. Recent estimates show that the number could be around eight million. Regions that were already economically vulnerable pre-pandemic are now even in deeper mess as weighed by the OECD:

“The global economic fallout of the COVID-19 pandemic has resulted in a large setback of the international community. Extreme poverty around the world is increasing, the first time that has happened this century after decades of global poverty reduction. Over 700 million people worldwide are currently estimated to be living in extreme poverty. Global poverty headline numbers have therefore returned to approximately 2015 levels meaning that the world has lost almost 5 years in its effort to end extreme poverty due in large part to COVID-19”

Given the global setback due to COVID-19, the achievement of SDG 1 and 2 by the end of this decade now seems more unlikely than ever before, especially in Africa. If current trends remain the same, nearly all Sub-Saharan African countries will fall short in eradicating extreme poverty by 2030. However, economic activities are returning in certain parts of the world. While the expected speed of the recovery is unknown, especially as many countries are currently going through a second wave of COVID-19 infections.

As global attention turns, here are ways that governments’, concerned stakeholders and policymakers can assist in the efforts to achieve the SDGs 1 and 2 –Poverty and hunger reduction.

Partnerships are vital in the battle against poverty and hunger. In the quest to reduce hunger and poverty in Africa, there is a need to build more partnership across different sectors.  African leaders and African partners have to synergize in the drive to achieve poverty reduction in the region. Countries must enhance collaboration with international financing institutions, national and international organizations, UN agencies, the private sector and producer organization to invest in Africa and increase investment in food security, nutrition agriculture and rural development.

The last years have revealed the need for Africa’s leadership to think differently. Agriculture continues to play an integral role in the economies of most developed and developing countries in other parts of the world. As such, it is imperative that Governments take actions that will support rural and agricultural development. Some feasible options include upgrading subsistence agriculture to increase food production, improving the capacity of the human capital to participate in trade and utilizing production enhancement technologies such as biotechnology, increasing rural access to land, labour and credit, and providing better infrastructure and social services in rural areas.

As agriculture plays a crucial role in hunger reduction, roughly 70% of Africans rely on agriculture for their basic income, it is extremely important to scale up both the quantity and quality of investment in agriculture.

Ending poverty in Africa will entail improving the continents economic productivity and opportunities for its citizens. This will mean investing in human capital potential and creating jobs for women and young people, increasing financial access and opportunities for these groups in rural communities, and advancing technological innovation.

African countries rank very low on the World Bank’s Human Capital Index. One of the low-hanging fruits would be to embrace educational reforms that focus on developing new skills through robust and well-funded technical and vocational education and training programmes for those millions of Africans outside the formal school system, or who possess only a primary education. Unlocking private-sector partnerships through incentives and social impact bonds as well as boosting entrepreneurial ecosystems (with strong emphasis on apprenticeships) are key ways the government can help to spur growth, as has been proven in other countries.

Invest in health and wellbeing

Increased investment in healthcare is linked to economic growth, and consequently to reducing poverty. Africa is battling with a number of crushing health indicators including malaria, tuberculosis, infant and maternal mortality and now corona virus, all of which have a sweeping impact on productivity.

In order to end poverty, we must harness the demographic dividends through investment in health, education and livelihoods – especially for our young people. Professor Babatunde Osotimehin – former executive secretary of the United Nations Population Fund – argued that

“When countries’ age structures change favourably, meaning that they have more people of working age than dependents, they can see a boost to development, known as a demographic dividend, provided that they empower, educate and employ their young people.”

He was correct. Sub-Saharan African countries – the last frontiers of poverty in the world – are witnessing explosive population growth, and the region is projected to grow by about 51% over the next three decades. For instance, UN projects that Nigeria will have an estimated 398 million people by 2050, making it the third-largest country in the world.

Lower population growth is not an automatic panacea for poverty. Rather, an educated, healthy and resilient youth population, as has been the case in China, is the best catalyst for poverty reduction. However, an absence of planning or an allocation of insufficient resources towards harnessing this bulging population could spell doom.

Africa needs all hands on deck like never before. Africa needs to find African solutions for Africa’s problems. To achieve SDGs 1 and 2 the battle against poverty and hunger must be tackled in its totality without living any stone unturned.