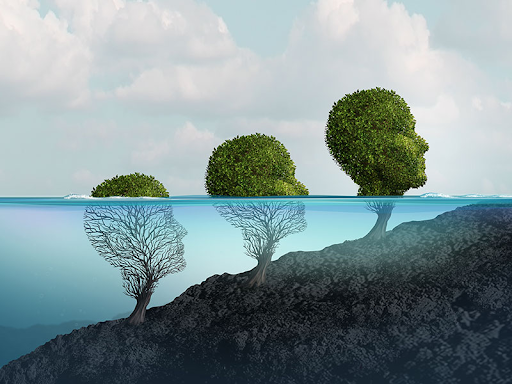 While African leadership has made relatively slow progress in tackling climate change, climate conditions are suddenly playing out at entirely different levels. In recent years, climatic conditions in Africa have been speaking up with a loud voice that can no longer be ignored.

Even though Africa, home to the majority of developing countries contributes so little to planetary warming, the continent is disproportionately vulnerable to the impacts of climate change.

The World Meteorological Organization (WMO) “The State of the Climate in Africa 2019 “ report depicted a continuum of rapidly rising extreme weather and climate events, and longer-term climate-related risks associated with global warming. These risks include the following:

The world bank have projected that without adequate action, it will be difficult to feed the estimated 10 billion world population by 2050, since more frequent events will affect crops and livestock. As a result, over 140 million people from the developing countries may become climate migrants. European Centre for Development Policy Management (ECDPM) has noted that:

“A 1.5°C average rise in climate may put 20-30% of species at risk of extinction. At a rise of more than 2°C, most ecosystems will struggle.”

Postponing climate action will extremely increase cost; in less than 2 decade, it may lead to a situation where global warming get out of hand because tipping points will be reached. Based on that knowledge and available evidence, we now need African leadership and African partners to step action, in order to limit warming to 1.5°C.

To mitigate or to adapt?

On average, Africa has the lowest greenhouse gas emissions annually. Nevertheless, there are peak and random periods during which the continent emits extreme greenhouse gases (GHG). For example, scientific research showed that Africa emitted about 5.4 billion and 6.0 billion tons of net carbon dioxide from agriculture, forestry and other land use sectors in 2018 and 2019 respectively. This is actually higher than the annual total emissions by the USA (5.3 billion tons). Hence, even in Africa, climate change mitigation policies are equally vital. Governments and Africa businesses should strike the right balance between mitigating climate change and addressing its consequences.

Majority of African governments have not specified their climate action goals. A case in point, the intended nationally determined contributions highlight water, agriculture and health as key priority areas for adaptation action. However, only 18% of the goals made in these areas are quantitative and more than 30% lack a time frame within which they should be achieved. Therefore, the climate adaptation and mitigation national agendas should entail clearly stated and quantified goals and objectives that fit in the time frames of national development plans and long-term country visions.

Based on to ECDPM adaptation policies should go beyond (simply) addressing the aftermath of climate change to include a transformation to more sustainable practices. African governments can sustainably mitigate some of the consequences of climate change via grassroots climate actions.

Farmers in the region mostly apply conventional practices such as bush burning, flood (rain-fed) irrigation and overgrazing, and four in five people in the region use solid biomass (fuelwood) for cooking. Although some African countries have banned plastics, most still accept their use, and worse, their careless disposal. These practices tend worsen the climate change problem by causing land degradation, desertification, deforestation, food insecurity, water scarcity among others, and make land emit rather than  absorbing some of the GHG emissions.

With an estimated population increase of 1.1 billion in Africa, there will be more pressure on land use. African leaders and policy policymakers should therefore plan strategically and implement policies that will enhance Africa development and land management for a better future of its forthcoming generations.

But how can they achieve that?

“Eco-friendly practices like water harvesting, micro-irrigation, erosion control, improvement of the land drainage system through careful disposal of plastics, and conservation of high-carbon ecosystems such as forests, wetlands, and peat lands among others will highly mitigate climate change.”

Improved climate action in Africa would make a big difference. Accordingly, the mitigation and adaptation policy recommendations mentioned above will facilitate achievement of the Addis Ababa Action Plan and the Paris agreement goals. But, more importantly, they would improve the quality of lives of the African masses and promote Africa development moving forward.

Pamella Ahairwe (2019). The paradox of climate change: How Africa can step up climate action to lighten its vulnerability. Retrieved from: https://ecdpm.org/talking-points/paradox- climate-change-africa-step-up-climate-action-lighten-vulnerability/

Hanne Knaepen (2019). A generational divide in the fight against climate change. Retrieved from: https://ecdpm.org/talking-points/generational-divide-fight-against-climate- change/