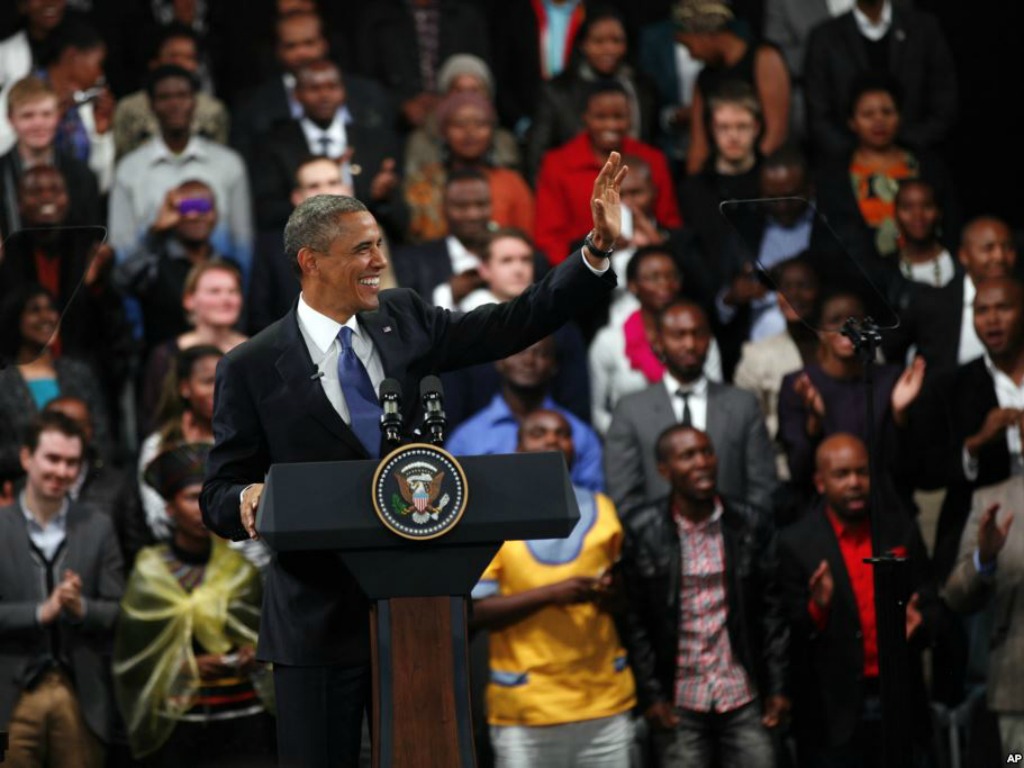 President Obama launched the Young African Leaders Initiative (YALI) in 2010 to support an emerging generation of African leaders as they work to drive economic growth and prosperity, strengthen democratic governance, peace and security across Africa and enhance the civil society structures that will help the continent grow and prosper. Africa is a youthful continent; nearly 1 in 3 Africans are between the ages of 10 and 24, and approximately 60 percent of Africa’s total population is below the age of 35. YALI  is a signature effort to invest in the next generation of African leaders, bolster entrepreneurship and connect young African leaders with one another, the United States and the American people.

The 2014 YALI Summit serves as the precursor event to next week’s inaugural U.S.-Africa Leaders Summit, the largest gathering any U.S. President has held with African heads of state and government, which will strengthen ties between the United States and one of the world’s most dynamic and fastest growing regions.

Below are 10 quotes from the 2014 Young African Leaders Initiative summit in Washington DC that should inspire and excite you about the promise of Africa’s youth:

1. “Africa has great potential and more than 65% of Africa’s people are young”  – Andrew, South Africa

2. “We have an even deeper hunger, we have this yearning for a better world. And because of that, we have an honest intention to do better.” – Sombo, Zambia

3. “That is one of the things that we are really learning to do here; is to say, no we must be heard. We are the future. So in a nutshell, that’s who I am. I am the future. The African future.” – Ida, The Gambia

4. “An African is known to be his brother’s keeper and that is who I am. I am hoping that with this, I will go back more equipped to make changes. I hope that I will be the change.” – Maryam, Nigeria

5. “It is going to be about us as Africa to take pride in what we do. Aspire to be excellent. When we do that, I think America will be ready to help us.” – Thabang, South Africa

6. “I am young woman who wants to conquer the world. I am a young woman who believes that I can add to the development of my continent and of course my country and my community and my family.” – Sombo, Zambia

7. “Americans have been learning from you as well, because every interaction is a chance for Americans to see the Africa that so often is overlooked in the media — the Africa that is innovative and growing and dynamic.” – President Barack Obama, President of the United States

8. “Young African Leaders initiative is a long-term investment in all of you and in Africa and the future that we can build together.” – President Barack Obama, President of the United States

9. “We are also trying to figure out is how can we promote inter-African trade.  Because so often — and this does relate to a legacy of the past and colonialism — you have strong infrastructure to send flowers from Kenya to Paris, but it’s very hard to send tea from Kenya down to Tanzania — much closer, but the infrastructure is not built.  And so part of what we have to do is to try to find ways to integrate Africa.” – President Barack Obama, President of the United States

First Lady Michelle Obama encouraged African women at the summit and in YALI that when they face obstacles and resistance in their work goals to remember the words of the man for whom their YALI fellowship is now named (Mandela Washington Fellowship) — the late South African leader Nelson Mandela:

10. “It always seems impossible until it is done.”- Nelson Mandela