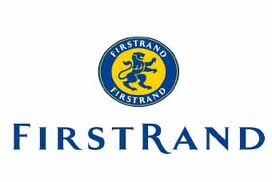 South Africa’s second-largest bank, FirstRand is keen on establishing a retail banking business in Nigeria and has earmarked Keystone and Mainstreet Banks for potential buy-outs, according to report.

Following an initial outlay of $100 million, the South African lender, via its subsidiary Rand Merchant Bank (RMB), was granted an investment license in Nigeria and has been encouraged to explore options of establishing a consumer-banking presence in the country, with domestic rival Standard Bank, already a major player in the country.

FirstRand last year attempted a local acquisition after declaring its interest in purchasing Sterling Bank. It was however put off by a $400 million price tag, claiming the offer was too high.

The bank has now turned its focus towards the recently nationalized banks, following AMCON – managers of the bank – announcement that it plans to sell off both banks by the end of 2013.

When quizzed about the purported buy-out plans, FirstRand’s Director of Investor Relations, Sam Moss told Business Day: “We would not be interested in Enterprise, but would consider both Keystone and Mainstreet.”

“There’s no formal process yet and we have no idea when it will start,” Mr Moss added.

Asset Management Corporation Of Nigeria (AMCON), the country’s state asset management firm, took over Keystone and Mainstreet Banks, along with Entreprise Bank, after they failed to recapitalize despite a $4 billion bailout by the Central Bank.