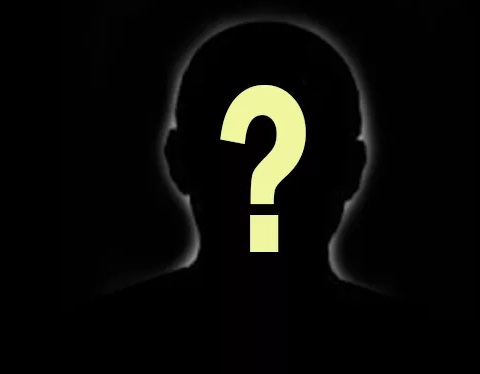 By Davidson Iriekpen With Agency Report

New records obtained by the Paris-based Le Monde newspaper and the International Consortium of Investigative Journalists (ICIJ) have unveiled more details on the $182 million Halliburton bribery scandal in Nigeria that indicted several top government official, in the country who received the bribes, but for which no Nigerian was ever sent to jail. Shockingly, the records have unearthed new Nigerian names never previously linked to the Halliburton scandal for which the US oil service giant was indicted by the US Securities and Exchange Commission and US Justice Department, and was compelled to pay fines running into hundreds of millions of dollars.

Those alleged to have received bribes from a British lawyer, Jeffrey Tesler, included former military head of state, General Abdulsalami Abubakar, his then chief of staff, Major-General Chris Garba (rtd), his wife, Rita, and Andrew Agom, a senior government official who was killed in an attack on a motorcade.

Starting with the narrative of Tesler, who served as the conduit between Halliburton’s subsidiary KBR and Nigerian officials who were responsible for approving the $6 billion turnkey contract for the Nigerian Liquefied Natural Gas (NLNG) project in Bonny, Rivers State, the documents revealed how Tesler on one occasion dropped off a bag stuffed with $1 million in $100 dollar bills for an official at a foyer of a luxury hotel in Abuja.

“There is no day when I do not regret my weakness of character,” said the contrite British lawyer in a Houston courtroom. “I allowed myself to accept standards of behaviour in a business culture which can never be justified. I accepted the system of corruption that existed in Nigeria. I turned a blind eye to what was happening, and I am guilty of the offences charged.”

Tesler was speaking at the end of his 2012 sentencing hearing after pleading guilty to US corruption charges for his role in what became known as the “Halliburton bribery scandal”.

A network of secretive banks and offshore tax havens was used to funnel $182 million in bribes to Nigerian officials in exchange for $6 billion in engineering and construction work for an international consortium of companies that included a then Halliburton subsidiary.

In 2010, Nigeria indicted former US Vice-President Dick Cheney, who was CEO of Halliburton before he was elected, only to later clear him when Halliburton worked out a $35 million settlement.

The files, obtained by the French newspaper Le Monde and ICIJ, showed ties between Tesler and high-ranking Nigerians not previously named publicly in connection with the scandal, raising the possibility of renewed questions about Nigeria’s handling of the affair.

Tesler was then, in his own words, “a simple lawyer” from North London. He grew from advising UK-based Nigerians on property deals to relishing his relationships with successive Nigerian military and civilian governments. Tesler began planning the bribe payments in 1994 and transferred small amounts of money through Switzerland in July 1996. But by 2003, his role had escalated.

In one brazen episode in the Nigerian capital, Abuja, Tesler directed the drop-off of a travel bag stuffed with $1 million in $100 bills in the foyer of a luxury hotel where the per-night cost of a suite can exceed the nation’s average annual income of $3,000. It was one of at least 20 money transfers that Tesler made or directed. The cash was destined for Nigeria’s ruling party via the state-owned oil and gas company, the Nigerian National Petroleum Corporation (NNPC), according to an official Nigerian report.

Months later, in April 2003, the governing party scored an overwhelming victory in an election marred by vote rigging, fraud and violence that led to the death of at least 100 people. Switzerland’s famous bank secrecy laws encouraged Tesler to use the country as base for moving bribe money. And HSBC Private Bank (Suisse), with offices near luxury hotels in Geneva and Zurich, was his preferred bank. When US authorities seized 12 of Tesler’s Swiss accounts in 2013, five were with HSBC -more than any other bank.

The files obtained by Le Monde and ICIJ showed that nine people, including members of the Tesler family and Nigerian nationals, held a variety of roles with accounts at HSBC Private Bank (Suisse) between 1990 and 2003 – months before the completion of the gas plant. Nine of the 12 accounts instructed HSBC to keep all correspondence under lock and key in a bank safe.

Despite Tesler being under investigation since 2003, HSBC continued to offer advice, services and cash withdrawals to Tesler and his family, whose accounts with the bank totalled tens of millions of dollars at one point in 2006/2007. HSBC advised the family even though its individual files for Tesler and those close to him include references to “criminal cases” and “the Tesler affair.”

Tesler’s wife, Judy, is named in the files as a beneficial owner and a controlling client of two accounts, one of which was opened in 1999 and at one point in 2006 or 2007 held $35.3 million. The files do not specify her role in relation to a third account.

As he did with his wife, Tesler also transferred bribe money into accounts in the names of his daughters, according to US and French prosecutors. One daughter, Laura, then a twenty something psychology student, according to the leaked files, became a millionaire – at least on paper – through her beneficial ownership of an account under the name of a Panamanian company that held almost $4 million. Judy Tesler and her daughters were not charged. On January 14, 2005 – 15 months after Tesler was first identified during a French corruption investigation – Judy Tesler’s agent instructed HSBC to buy and sell investments worth $380,000. This account was frozen due to ongoing criminal investigations, but HSBC staff waived the sale through. Months later, bank staff met with one of the beneficial owners in London, possibly Judy Tesler, to “review portfolios”. In April 2005, HSBC Private Bank (Suisse) recorded a visit from “J.T.,” likely to have been Jeffrey Tesler, who collected mail and withdrew more than $10,000 in cash from yet another account.

“If a bank has reason to believe that funds are in any way related to criminal activity, then any transfers in and out of the account should be reported,” Jimmy Gurulé, a professor at Notre Dame University and a former assistant US attorney, said in an interview with ICIJ.

“Banks should not permit their clients to benefit from dirty money,” Gurulé said, adding that the fact the account was later seized by authorities “raises some red flags over why the bank concluded the account wasn’t linked to criminal activity and authorised the sale.”

In response to ICIJ’s questions, an HSBC spokesman said the bank does not comment on specific clients.

The leaked files reveal that Tesler had financial ties to two former Nigerian officials: now-retired Major General Chris Garuba, chief of staff to former Nigerian president Abdulsalami Abubakar, who himself allegedly received bribes as president; and Andrew Agom, a senior government official who was killed in an attack on a motorcade.

Bank staff also responded to a request from Agom’s widow to unfreeze her husband’s account, whose post was sent to Tesler’s North London law firm and which was marked as subject to criminal investigations into Tesler. The files do not indicate whether or not the account was ultimately unfrozen. Garuba, a former governor of Northeastern Bauchi state, is now chairman of Obekpa Petroleum, a Nigerian oil company. Before his death, Agom was a board member of the Peoples Democratic Party (PDP), which controlled the government when this affair unfolded.

Agom was the beneficial owner of an HSBC account linked to a Gibraltar-based company, Hemisphere Services Limited, which held a maximum amount of $797,377 at one point in 2006 or 2007.

Africa Confidential magazine previously named a company, Hemisphere Services (Nigeria), as a “recipient of largesse” from Tesler after viewing documents disclosed to the magazine during a French corruption investigation. Agom’s account was opened in 1991 on the same day that an account was opened in the name of former Nigerian Air Force Chief, Abdullahi Dominic Bello.

A Nigerian government investigator has previously described Swiss accounts held by Bello as a conduit for “slush funds”. The investigator did not specifically mention HSBC. The HSBC files identify Garuba and his wife Rita as HSBC clients; their names are listed along with Tesler’s in an account named Bridlington Enterprises Limited, for which Tesler acted as an attorney. The files showed that the account was opened the year before Tesler sent his first bribe payment to Switzerland, although the files do not show that Tesler transferred money into the Bridlington account, which held as much as $367,547 in 2006 or 2007.

Chris and Rita Garuba did not respond to ICIJ’s requests for comment. Tesler was sentenced to 21 months in prison and he forfeited $149 million from his Swiss accounts to the US government for serving as the go-between for bribes paid to secure contracts for KBR, the former Halliburton subsidiary, and the other consortium members, the Japanese firm JGC Corporation, Paris-based Technip, as well as Italy’s ENI S.p.A. and its Dutch subsidiary Snamprogetti Netherlands B.V.

Between 2009 and 2011, the consortium members paid penalties totalling more than $1.5 billion for their roles in the bribery scheme. Two KBR officials who had worked with Tesler, Wojciech Chodan and Albert (Jack) Stanley, KBR’s former chairman and CEO, were sentenced to one year of probation and 30 months in prison, respectively.

Cheney had been chairman and chief executive of Halliburton, the parent company of KBR, for five years – from 1995 to 2000 – before becoming US vice-president in 2001.

Cheney’s lawyer has asserted repeatedly that his client was not involved. “The Department of Justice and the Securities and Exchange Commission investigated that joint venture extensively and found no suggestion of any impropriety by Dick Cheney in his role of CEO of Halliburton,” attorney Terrence O’Donnell wrote in a 2010 statement to the Associated Press.

Meanwhile, Tesler, now 66, has served his sentence and returned to England, where he told authorities he would “spend the last few years, which God may graciously grant me, to seek forgiveness.”

Jeffrey Tesler did not respond to ICIJ’s requests for comment. In Nigeria, anti-corruption campaigners continue to call on authorities to identify and prosecute Nigerian citizens involved in the scandal. While never publicly released, a 2010 Nigerian government document reportedly included three Nigerian presidents, a vice-president, a minister, intelligence chiefs and corporate titans in a list of bribery beneficiaries. The report did not name Garuba or Agom.

“In terms of the personalities and the amount of money involved it is probably the biggest scandal in Nigeria’s history,” Dauda Garuba, Nigeria’s coordinator at the Natural Resource Governance Institute, said in an interview with ICIJ.

“But although we’ve seen the indictment and conviction of foreign companies and their top executives in Europe and America,” Garuba said, “Nigeria’s own government has not taken action in the very country in which the corruption took place.”