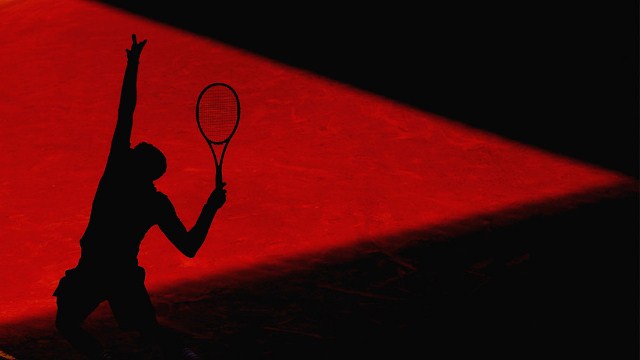 Maintaining an obsession with the front line—where the company meets the customer—is fundamental to achieving sustainable growth. But as companies get bigger, they have a harder and harder time staying close to their customers and maintaining the sharp, ground-level instincts of a younger company. Proliferating bureaucracies, expanding org charts, increasingly powerful central staffs, competing departmental agendas—all interfere with the focus on the customer and the deep connection with the details of the business that allowed these companies to grow successfully in the first place. So how can leaders of growing companies maintain this essential focus?

In our search for answers to that question, we’ve examined hundreds of companies in 40 countries and have talked directly to some of the greatest founders of our time, among them Les Wexner of L Brands, Michael Dell of Dell Inc., Sunny Verghese of Olam, and Adi Godrej of Godrej Group. What we’ve learned from them is the extreme degree to which great founders are obsessed with the front line. Most started out as their company’s first salesperson, its first product developer, or both. They lived and breathed the front line, driven by an intellectual curiosity about every detail of the customer experience and of how everything in the business works, and they used instincts formed at the ground level to make every decision. Based on what we’ve learned from the great founders and the leaders who have maintained a founder’s mentality as their companies have grown, we’ve identified a variety of practices that can help leaders remain focused on the front line as they grow. Here are four:

1) Reach directly down into the organization. The deep concerns of top front-line employees are the best source of raw, current information on customers and often foretell the advent of troubles. When Tex Gunning, a Dutch CEO who has made a career of leading companies out of crises of growth, took the reins of TNT, a troubled express-package delivery company centered in Europe, he spent the first six weeks not in his headquarters office, but at the front lines of the business—in the depots, on the trucks, and with customers. He also sent all 70,000 of his employees an email soliciting issues, ideas, and concerns. He received over a thousand responses and answered all of them himself. Today, he feels that this was an essential first act to stabilize TNT, rejuvenate the company at the front line, and ultimately enable a merger with FedEx, another founder-led company. It helped him understand the company and signal to its employees that his interests, theirs, and those of the company’s customers all come together where it matters: at the front line.

2) Constantly translate your strategy decisions into front-line routines and behaviors. The job seems obvious. The problem is that as a successful company grows and professionalizes, it adds functions, and each new function comes with a new leader and a new staff determined to improve that function, which creates disparate agendas that can quickly cause a company to lose focus. One founder (who has chosen to remain anonymous) recently described this problem to us: “I had brought in a half-dozen managers to help professionalize my company, but after a while I couldn’t even understand what was being discussed at our management meetings. The head of HR would stand up and talk about HR excellence and outline a 10-step program to bring us up to a world-class standard. Then our head of supply chain would do the same. Our management meetings became long report-outs of all these 10-step programs, and we stopped talking about the customer or what we were trying to do to change our industry. So I told everybody to stop. I asked each of our functional heads to come back with the two or three things they were going to do to support our insurgent mission, and that mission only. Two weeks later, we met as a team and reviewed their work. Now I could see the connection between our strategy, our capability-building program, and our professionalization agenda. And the most surprising thing was that our functional heads all thanked me. They finally had clarity and focus on what they were doing and felt far more connected to the business.”

3) Identify the key players in your organization and ensure that they are valued as company heroes. Ultimately, your most important employees are the ones who do whatever it takes at the front lines to make sure your customers are well served. They also are the natural leaders, no matter what level, whom others in the organization look to for guidance or role modeling. So consider the following questions: Do you know who these employees are in your company? Do you have a way of regularly identifying and celebrating them? When was the last time you overrode your human-resources systems to reward them?

The healthcare provider DaVita revitalized itself by essentially “re-founding” the company (even engaging the employees into renaming it), starting with the front line. The company developed a set of core principles, measured how steadfastly its employees were sticking to those principles, and then began to capture, publicize, and financially reward “DaVita moments” of heroism among front-line employees who worked in teams at hundreds of dialysis centers. It even brought patients into the process by asking them to vote and comment on the caregivers who most helped them, then worked this feedback into the relative performance scores for each care-giving team. This helped create a powerful sense of shared mission throughout the company and had the effect of flattening the organization, drawing the front line closer to senior management. The company was able to push more decision-making authority toward the front line, where workers consequently felt more empowered and energized. Today, DaVita has gone from near-bankruptcy to one of the best-performing stocks for over a decade; its stock price has increased 100 times since Kent Thiry and his team re-founded the business.

4) Give your heroes the authority and resources they need to serve customers better. One of the great front-line obsessives of all time was M.S. Oberoi, founder of the Oberoi Group, a leading luxury-hotel company. CEO Vikram Oberoi told us how he would find his grandfather, even in his 90s and with failing eyesight, scrutinizing customer comment cards one-by-one on Sunday mornings. At any Oberoi hotel, employees on the front line are individually responsible for directly creating value for the customer—and are empowered to do so both administratively and financially. Each has the discretion to make decisions as he or she sees fit to make a customer happy, such as giving a scarf to a guest on the way to visit a sick friend. Employees get special training in emotional intelligence, with two aims: listening with empathy, and understanding each guest’s unique needs. By empowering his employees to take individual initiatives to serve customers as well as possible, Oberoi established a culture by which all employees shared in his obsession with the front line—which is why, more than a decade after his death, his hotels are still some of the world’s most successful.

These four practices can help you stay in touch with, and focus on, the front line. That’s a powerful differentiator in the world of luxury hotels, of course, which is a high-touch consumer business. But it can help all sorts of companies. Think, for example, of the “Orange Apron Cult” at Home Depot—the empowered associates on the floor who provide advice to customers and are a key component of the company’s success. Or think of how obsessively Toyota focuses on the jobs in its factory-production system, where all operators have the right, indeed the obligation, to shut down the line and trigger corrective actions if they see any kind of production problem. Oberoi, Home Depot, and Toyota are dramatically different companies working in different industries, but each in its own way has found a key to success: an obsession with staying in touch with, and learning from, the front line.