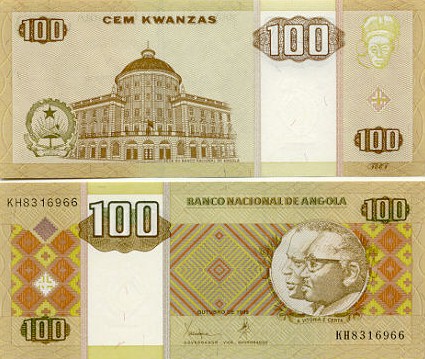 A report by one of the world’s biggest four auditors KPMG, has revealed that five Angolan banks including the country’s apex bank – Central Bank of Angola – account for an estimated 78 percent of the total asset of the local banking industry.

KPMG auditor, Victor da Cunha Ribeirinho made the disclosure in Luanda adding that the report was based on a research conducted by his company using a 2012 data on 23 banks in the industry.

According to the audit published Wednesday, Angola has witnessed the highest economic leap in Africa, in comparison with its poor economic standing in 2008 prompted by the global financial crisis that rocked its economy.

Although Da Cunha Ribeirinho recognised country’s effort towards diversifying its economy, with the aim to reduce dependence on oil and diamond exports, reports reveal that loan performance is still strikingly high in Angola. However, that statistic is due to the fact that there are few loans to businesses outside oil and gas.

Though several banks have posted a ROAE north of 35 percent, with even greater potential on the horizon, the retail market is relatively absent, and corporate services are still limited to the mining sector and its ancillary services.