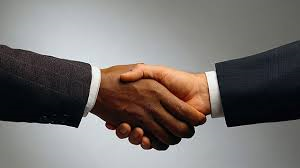 Many people fear that no matter how they prepare, their negotiation will spiral into an unproductive debate or a shouting match. Even if you’re approaching the negotiation with a collaborative, joint problem-solving mindset, it’s possible that things will get heated. You know when it’s happening: Perhaps you feel yourself getting emotional. You sense that your blood pressure is rising, that you’re becoming angry or anxious. Maybe your counterpart is doing the same. The volume might be getting louder, or one or both of you have started to yell.

Let’s look at an example inside a company doing its annual budget planning. Betty, the head of sales, is preparing her budget for next year, and she’s meeting with Amit, the director of finance. Betty has asked Amit several times for revised numbers that she can include in her budget. Instead of delivering, however, he keeps coming back to her with more questions. Betty’s draft budget is due to the CFO first thing tomorrow morning, so she sends Amit a meeting request to discuss what’s going on. Amit accepts but shows up 15 minutes late. After explaining why she needs the numbers today, Betty asks what’s preventing Amit from just giving her the numbers she’s asked for. He begins to explain that she hasn’t shared enough information and that he’s been working hard to make sense of what she has given him.

Betty raises her voice: “I’ve asked you four times to give me those numbers, you showed up late to this meeting, and this is somehow my fault. Why can’t you just do what I asked?”

Amit can’t believe she’s not getting it: “I’ve been working on your numbers for weeks! But I can’t get you the final figures until you give me all the information I need. Don’t you understand that this is on you?”

This situation may not strike you as a negotiation at first glance, but it is: there are two parties with different incentives and interests who are trying to come to an agreement about how to proceed. In this case a conflict has erupted, but it doesn’t have to hurt Betty and Amit’s relationship or Betty’s draft budget.

Emotions get heated during a negotiation because there are high stakes: people’s jobs, their standing with their bosses, their confidence, the success of a venture, or the future of their business.

A negotiation can also get emotional when you and your counterpart haven’t communicated well. Perhaps you misunderstood each other’s intentions or offended each other by accident, and feelings were hurt.

Whatever the reason the conversation has turned combative, here are a few ways to defuse the situation:

When Amit snapped back at her, Betty took a deep breath and sat back in her chair, putting both feet on the ground. With her body steady, she was able to begin calming down but couldn’t help noticing that Amit still had a red face and crossed arms.

Betty’s next step was to apologize for her outburst. She didn’t stop there, though. She also asked Amit why he was upset. She moved forward to listen and let him go at it.

Amit said that he was under a lot of pressure, given that it was budget time. He admitted that Betty wasn’t the first person to get angry with him that week. He talked about how he was missing his targets because he did not get enough resources last year. He even shared a situation two months back when he had asked Betty for help and had gotten nothing. She had no idea what he was referring to, but she didn’t stop him; instead, she asked what the consequences had been. With all that off his chest — and with Betty’s evident openness to hearing from him — Amit calmed down too. Betty watched, relieved, as Amit’s shoulders began to relax and he uncrossed his arms.