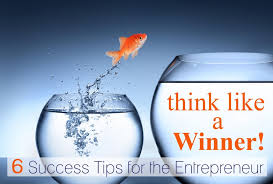 Bill Gates is one of the most successful businessmen in the world and he has handed out his fair share of advice on business over the years, so here is a look at six of his best pieces of wisdom when it comes to business.

Gates is worth an estimated $76 billion according to Forbes Magazine, now we have to say that would buy you an awful lot of Freddo bars, even if they have gone up in price recently. Gates set up Microsoft along with his business partner Paul Allen and through hard work and dedication, the pair have made it one of the biggest technology companies in the world.

So without further ado, here are billionaire Bill Gates’ tips for a successful business:

On making decisions about your business, Gates advises people to take their time. Consider the issue from every angle and make sure whatever choice you make is the right one for your business. You don’t want to be wasting time coming back and having to change your original decision.

“If you’re too willing to reopen issues, it interferes not only with your execution but also with your motivation to make a decision in the first place. After all, why bother deciding an issue if it isn’t really decided?”

“Whether it’s Google or Apple or free software, we’ve got some fantastic competitors and it keeps us on our toes.”

Gates has previously underlined the value of the critical customer. He is a firm believer that criticism from clients and customers is vital to moving a business forward. So if you receive some criticism or negative feedback from your customers, don’t dismiss it because it wounds your pride. Take that criticism and turn it into an area of strength for your business.

“Your most unhappy customers are your greatest source of learning.”

While Gates is one of the most successful business men on earth, he has made his fair share of his mistakes in the past but he thinks they were vital to making him the success he is today. If you make a mistake, don’t brood or dwell on it, don’t think you are a failure, everyone makes mistakes. How you react to your mistakes is what matters, not the mistake itself.

“It’s fine to celebrate success but it is more important to heed the lessons of failure.”

While it is important to recognise and celebrate success to a certain extent, Bill Gates cautions people not to allow themselves to get caught up in their success. Do not think that just because things are going well now that you can relax and you will stay at the top. When you start achieving success, it is important that you drive on and work as hard as ever to keep the business thriving.

“Success is a lousy teacher. It seduces smart people into thinking they can’t lose.”

The business world is constantly changing and the reason Bill Gates has stayed at the top of his field is his willingness to embrace change. Change is resisted by most people out of fear of the unknown but it is important that businesses utilise changes in business, in technology and other such areas. Be ahead of the curve.