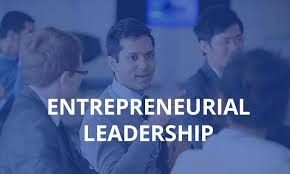 Leadership plays a major role in the success or failure of any business. In the early stages of a startup, a leader could inspire dedication and commitment from their employees, or alienate them forever. In the late stages of a massive corporation, it’s a leader’s job to set the tone for the organization and keep everyone aligned under a unified vision.

No matter what kind of business you run or what stage of the process you are in, your abilities as a leader will greatly affect your results.

Here are the seven toxic habits that you need to avoid if you want to remain a good leader for your team.

Micromanagement is a pesky habit that usually sets in before you even realize it’s happening.

It might start with guiding your employees through specific processes you’d like them to use, but before long, it escalates to a level that has you interfering with almost every aspect of your employees’ jobs.

It’s a toxic habit for several reasons. First, you’re undermining your employees’ abilities. You hired them to do a job, so take a step back and trust that they’re going to do it. Second, you’re dominating the workforce, stifling innovation and forcing everyone to do things your way. Finally, you’re wasting your own time which should be used in more productive ways.

Negativity isn’t always born of malice, but it is almost universally destructive. There are times when negative feedback is not only appropriate, but necessary, but only using negative reinforcement as a motivation tool is going to breed resentment in your employees.

Telling someone that they’ve made a mistake is a good thing, but try focusing on solutions and future efforts more than chastising someone for what’s happened.

Negative reinforcement is all about punishing someone or making them feel bad for an action they’ve taken, which makes them feel inferior and unappreciated. Instead, shift your efforts to positive reinforcement by highlighting the good things they’ve done which boosts confidence and morale.

It’s dangerous to apply only one approach to an entire group of people. Whether you have 2 employees working under you or 200, relying on a blanket strategy for all of them will almost always be rendered ineffective.

You can establish some fundamental rules, processes, and brand standards that everyone must follow. However if you want to be a successful leader, then you have to communicate to people on an individual level.

Find out what they like and dislike. Learn how they work best. Get to know them personally. Everyone has different needs in a workplace, and the only way to learn those needs is to talk to those individuals directly.

One of your biggest responsibilities as a leader is to make the decisions—especially the hard decisions that nobody else wants to make.

When pressed for such a decision, it’s tempting to stall, procrastinate, or avoid the decision altogether.

For example, if one of your employees isn’t performing up to your standards, it’s easier to ignore the situation and hope it gets better than it is to confront the employee with feedback. However, ignoring or avoiding problems like these can make you seem ineffective as a leader. Your problems will grow worse, and you’ll be seen with less respect among your employees.

As a leader, you’ll have to initiate some hard conversations and address problems that are easier to leave unaddressed.

It might be easier to tell your workforce they’re all doing a great job or say that your company is making a lot of money than it is to acknowledge a critical inefficiency, or an obstacle that’s preventing you from growing further.

However, as an entrepreneur, it’s your responsibility to confront those problems and issues—avoiding them, or deceiving your employees is going to create false perceptions and prevent those problems from ever being solved.

If you want to make good decisions and maximize your employees’ happiness, then you need to be open to new options.

An inflexible leader is typically seen as arrogant, distant, unreasonable, and unapproachable, leaving employees feeling unmotivated and resentful. Instead, allow flexibility into your leadership style and always make your employees feel welcome and capable of approaching you.

Being a leader puts you in a position of power, but that doesn’t mean you can display that power recklessly or publicly. Doing so will almost certainly breed resentment among your employees, and deconstruct the team environment you worked so hard to create.

For example, publicly firing, belittling, or ordering someone around can make you seem petty and irresponsible. Instead, remain calm at all times, tap into your power only when necessary, and show respect to your employees by speaking with them privately.

Recognizing these toxic habits is only half the battle. Once you realize you’re making a serious error in your leadership approach, it’s up to you to take corrective action by modifying those habits and replacing them with more positive alternatives. It’s not an easy process, but if you remain committed to being a better leader, your efforts will pay off.