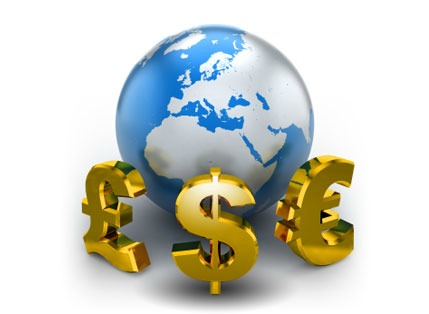 It’s 2015, and by now even latecomers among multinational corporations have decided to include African countries in their emerging market portfolios. However, many companies are not making the most of the Sub-Saharan Africa opportunity because of misconceptions about what it takes to succeed in the region.

Sub-Saharan Africa refers to countries below the Sahara desert, such as Kenya, Angola, Nigeria and South Africa. (Many companies separate their Sub-Saharan Africa and North Africa operations because of strong cultural, economic, and linguistic differences between the two regions.)

Leveraging a combination of economic analysis and forecasting, on the ground interviews with policymakers, and a dialogue with executives responsible for Africa strategy and operations, we have identified the seven most prevalent myths that skew companies’ perceptions of doing business in Sub-Saharan Africa—and what executives can do to overcome them.

Myth #1: There is no competitive urgency to build a presence in Sub-Saharan Africa.

Sub-Saharan Africa is already a competitive market place. Whenever I travel to an African city, I marvel at the dynamism of business activity taking place on the ground. Asian companies dominate many sectors, while African companies are expanding their footprint and market-leading Western multinationals are also prominent. All are vying for a share of the continent’s growing consumer class and government spending.

Myth #2: Sub-Saharan Africa’s growth is all about natural resources and consumer spending.

The popular perception is that many African markets are all about energy. But, for example, our research found that oil and gas only made up 11% of Nigeria’s GDP in 2014, compared with 20% for construction.

Many companies are attracted to African markets because of fast-growing consumer spending—but greater purchasing power is also driving economic diversification. Consumer demand for new products and services is creating opportunities across a wide range of sectors. For example, as they want better public services and infrastructure, investment in industries such as healthcare and construction accelerates.

Many executives hope to compensate for sluggish growth in the Eurozone by making quick returns in Africa. While Africa’s economy is on track to be worth $3 trillion by 2025 (from $1.3 trillion today),benefiting from Sub-Saharan African growth is a long-term game. The region’s development will likely span several decades. Executives should commit to the region knowing that while top-line growth is likely to be strong, bottom-line returns on investment will take years to materialize.

For example, GE is already reaping the rewards of its long-term approach. It has been present in Sub-Saharan Africa for many decades and established local offices to advise governments of countries that are in the early stages of development on infrastructure projects, such as building railways and hospitals. This required a large upfront investment, but it has generated demand for the company’s products.

Myth #4: Sub-Saharan Africa is too volatile and unpredictable.

Like all emerging markets, Sub-Saharan Africa is exposed to risks. Companies need to be prepared to navigate volatility without losing sight of the fundamentals that make the markets attractive for them. For example, Nigeria has been the number one opportunity market for most multinational corporations in the region. But executives turned attention toward East Africa in mid-2014 when Nigeria was affected by fears over Ebola and tumbling oil prices slowed growth. They were therefore surprised by the country’speaceful elections, which brought an opposition party to power. And they were reminded of East Africa’s long-standing security risks when Kenya experienced a brutal terrorist attack.

Such reversals and disruptions are unlikely to subside, but none of them fundamentally reduced the opportunities for MNCs in Nigeria or Kenya. Executives should carefully assess the level of volatility to understand if a change in strategy is really necessary, or whether a short-term contingency plan is the best solution.

Many companies often don’t know which of the 48 countries in the region hold the largest opportunities for their business. Data on market sizes and product categories are largely non-existent or provide little information about the market’s potential.

For example, if a company wants to sell toothbrushes, it would be insufficient to assess the opportunity by only looking at numbers for toothbrush sales. These data points would substantially understate thepotential size of demand, because they would not reflect the likely high numbers of people who will begin to use toothbrushes for the first time in the years to come, as they become more health-aware.

Macroeconomic indicators like GDP size and consumer spending are also insufficient measures of market conditions. For example, Angola’s market size and spending potential look attractive on paper; however, the market’s operating environment makes it very challenging to capitalize on these opportunities.

Executives should take a broader approach to finding the best markets for their business. They need to combine available data and forecasts with a thorough qualitative analysis that looks at the operating environment of each market.

Myth #6: Relying solely on distributors is a sustainable Africa strategy.

Many companies are reluctant to put feet on the ground before the market can fund them. But proximity to the market allows a company to adapt products and marketing strategies to local needs. For example, when Nigeria suffered its first Ebola cases and Boko Haram terrorist activity began to rise, consumers shifted to e-commerce to avoid shopping in public places. Companies with representatives on the ground were able to rapidly identify and adapt to this shift in consumer habits.

Companies should focus on putting at least one representative on the ground in priority markets to gather market intelligence, manage distributors, and build relationships with the government.

Myth #7: South Africa is the natural hub from which to manage a Sub-Saharan Africa business.

Many companies locate their African headquarters in South Africa as they usually already have a presence there for historic legacy reasons since South Africa is more integrated in global markets than other African economies. However, South African businesses are sometimes regarded with a certain amount of resentment in many countries in the region. Moreover, with scarce and expensive talent and increasingly unreliable power, South Africa does not offer a particularly welcoming business environment.

Leading companies are already beginning to think creatively about how different cities might be better suited to different priorities. For example, GE re-located its HQ from Johannesburg to Nairobi, because the latter is known for benefiting from a strong talent pool and strategic geographic location.

Companies should accelerate their expansion into Sub-Saharan Africa as the region continues to grow, becomes increasingly competitive, and is unlikely to be derailed despite sporadic volatility. To succeed in the continent, executives must develop long-term plans while remaining prepared to weather short-term disruptions.