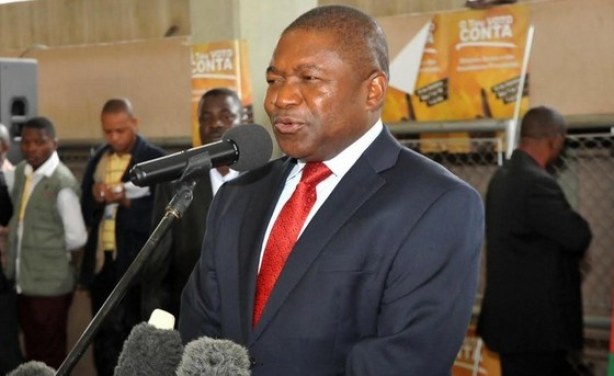 Mozambique’s ambitious new executive must find ways to bridge a set of gaps: between the core and the periphery; between political parties – established and new; and between the interests of business and the stark fact that Mozambique remains extremely poor, according to a new report.

Recent political developments in Mozambique mark the beginning of an important era. The party of government, the Mozambique Liberation Front (FRELIMO), is clearly anxious to back the newly elected head of state, Filipe Nyusi, who – following an initial tussle with his predecessor – is apparently keen to open a different style of dialogue with his rivals both among the country’s opposition parties and within FRELIMO itself. This apparent political maturing comes at a time when the prospect of significant economic transition is gaining ground.

Foreign investors are committing to Mozambique, and this can only have been encouraged by recent political developments. Of particular note has been the arrival of the liquefied natural gas (LNG) industry in the context of some globally significant offshore gas finds in the north. Despite likely high development costs, the market for LNG is strong – especially in East Asia. Looking ahead by some years to 2020-25, LNG markets in the United States and Europe should also become more attractive, as domestic production winds down in the former and North Africa’s supply to Europe begins to dwindle. The long-term view of Mozambique’s LNG prospects is good – albeit more modest than spectacular. In addition to LNG development, there are significant investments under way in agribusiness (biofuels production), coal, non-hydrocarbon minerals and fisheries.

To a greater or lesser extent, however, such developments present challenges to local communities, and all have the potential to create serious conflict through the disaffection of local people. Investments have not yet reached a stage at which they are providing the government of Mozambique with taxes and its people with jobs. Many key poverty indicators for Mozambique have largely stagnated over the past decade, and the country’s infrastructure of roads, telecommunications, railways and electricity is inadequate to keep up with the demands of investors, let alone population growth. What infrastructure that is in place is vulnerable to crippling damage by floods over much of central and northern Mozambique.

The country is also prone to serious outbreaks of political violence. The fighting that took place between April 2013 and July 2014 showed clearly that the Mozambican National Resistance (RENAMO) movement was able to arm and conduct operations in the centre of the country. While its fighters may not be able to start a civil war or a war of secession, they made a political point: RENAMO is a force to be reckoned with. In addition to political violence, there is persistent unrest in Mozambique over social issues, with food prices or land claims at the centre of most protests and outbreaks of violence.

The challenges for Mozambique’s government are interlinked. The lack of large-scale revenues and the persistence of a constrained tax base mean that it does not have the funding required to develop the roads, railways and electrification that would hugely benefit internal and external trade, and bring investment into the business sector. Furthermore, the country’s economic growth is partly offset by the scale of the ‘youth bulge’ coming on to the labour market. Unless its young people are able to find employment, any real gains in alleviating Mozambique’s persistent poverty will be lost.

Cognizant of the political sensitivities involved, and working with international donors and investors, Mozambique’s policy-makers have to select and undertake a clear and unambiguous set of measures that balance the short-term needs of commercially competitive industries – which can provide a strong return for the government – with the social needs as well as the constitutional rights and expectations of the country’s citizens.

Mozambique has already experienced dissent and conflict where land has been taken for new industrial or agro-industrial initiatives. The current laws governing changes of use require that investors and affected communities together achieve full, free and informed consent before land is handed over. In practice, processes concerned with community engagement and negotiation have been uneven. More work needs to be done with investing companies by providing clear benchmarks for social performance; and, at a policy level, for the government to enhance the role, capacity and authority of provincial authorities to act on behalf of communities and to ensure that standards of process are commensurate with the scale of impacts.
Forming an independent producers’ association for the hydrocarbons sector could bring a range of benefits to the government, the private sector and civil society – particularly if this was funded not by the private sector but by a donor. The mandate of the producers’ association should be to lobby the government on issues that could otherwise detract from individual company interests. The government should use the association to ensure that all operators – including contractors – work on a level playing field. Civil society would be able to use such an association as a forum via which to raise their concerns.
Land and landownership is an issue that is growing in scale as Mozambique develops. As much as any other, it can lead to outbreaks of violence. There is a broad range of donor-funded activities in the land registration sector – usually linked to agricultural development. By extending existing work on community land use and working to develop replicable skills and processes at provincial level, it is to be hoped that provincial administrations can find ways of reversing the trend whereby central government makes key decisions and ignores provincial priorities.
Mozambique has an opportunity to gain ground in line with the IMF’s ongoing Policy Support Instrument (which enables Mozambique to access IMF advice and support without a borrowing arrangement).The IMF has consistently emphasized rural infrastructure development in order to enhance agricultural productivity, along with the promotion of employment in the private sector. The development of a mechanism to address the large variation in resource rents would be very helpful in this respect. Specifically, the government could extend the current revenue-sharing mechanism in order to eliminate the discrepancies between budgeted and transferred revenues to Mozambique both within the year and from year to year
Mozambique should take advantage of the international labour pool to bring major projects online in a cost-effective and timely fashion, while in the mean time deliberately building national skills to replace international labour in the medium and long term.
In the short term, and before LNG production comes on stream, coal will overtake aluminum as Mozambique’s main export. Enhancing the civil responsibility of the country’s mine operators is an obvious and attractive proposition. Thus, Mozambique’s interest in the Voluntary Principles on Security and Human Rights is to be encouraged.
Mozambique’s obligations under the Extractive Industries Transparency Initiative (EITI) currently cover mining and hydrocarbons. While the performance of EITI in Mozambique is uneven, it is improving. EITI remains the best mechanism in place for ensuring that there is clarity and transparency in the primary extractives industry. Developing collaboration between the EITI international secretariat and the IMF in extending the classification of resource revenues in the latter’s Government Finance Statistics Manual 2014 could be applied to the Mozambican context.
The G19 group of Mozambique’s international partners should encourage amendment of the current electoral legislation to provide a clear system of complaints and appeals. If successful, they should also consider funding expert training for judges, electoral managing bodies and political parties on how to use these procedures. There is also a need to train electoral managing bodies in counting and tabulation procedures.
If Mozambique’s political leadership allows the legislature to become more assertive, a task-focused committee (including the relevant donors) should review past training exercises to see what worked and consider a new training programme on best practice in accountability for parliamentary committee members of all parties.
War veterans – especially from RENAMO – have felt disadvantaged in trying to get access to state pensions. This has enhanced a sense of marginalization and frustration. Donors, in conjunction with the IMF, could assist the government in setting up a more accessible and efficient national pension system for veterans. The failed disarmament by RENAMO over the past two decades was a driver of the 2013-14 conflict. If relations between RENAMO and FRELIMO improve, international agencies should support faith groups and NGOs in disarmament and peacebuilding efforts, especially in Manica and Sofala provinces.

The new executive must find ways to bridge a set of gaps: between the core and the periphery; between political parties – established and new; and between the interests of business and the stark fact that Mozambique remains extremely poor. In sharp contrast to Mozambique’s successful elections, occasional breakdowns in security detract from the development agenda. Under the Nyusi government, there is a new imperative to address processes of reconciliation and disarmament, and its efforts should be warmly supported by the international community.

Balancing these competing interests, and maintaining both peace and a healthy dialogue among detractors, will not be easy. Expectations of resource rents run high, and are promoted by the investors themselves. Managing such expectations while shifting authority to the provinces is new political territory for FRELIMO. Its newly elected members of parliament will be busy, and will need guidance and support through the coming term. Despite the rhetoric, experience shows that – in general – good things happen slowly, while bad things can happen very fast.