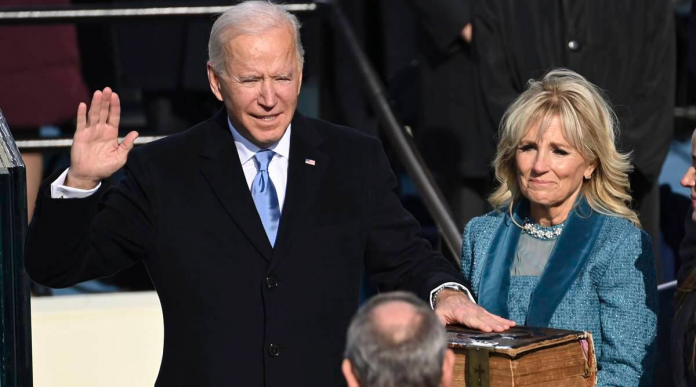 The inauguration of Joe Biden yesterday marks an imminent change of leadership at the White House for the next four years. What implications does this change in administration of the biggest world power have for Africa?

While Biden will have to contend with a divided congress to achieve most of his domestic priorities, this new administration provides a beam of hope for the US-Africa trade relationship.

One significant change we should expect from the new Biden administration will be more commercial ties with Africa through repaired diplomatic relationships.

Associate Justice Sonia Sotomayor administered the oath of office to Harris at 11:40 a.m. Sotomayor became the first woman to administer an inaugural oath twice after she administered Biden’s at his 2013 swearing-in. Chief Justice John Roberts then administered Biden’s oath of office at 11:47 a.m. where he (Biden) swore to faithfully execute the Office of President of the United States, and to the best of his ability, preserve, protect and defend the Constitution of the United States.

In his inaugural speech, Biden vowed to unite a fractured country and counting on that unity to confront the challenges faced by a nation that was wounded. in his inaugural address, Biden pointed toward the light — in a speech that was openhearted, plainspoken and direct — even as he acknowledged there were dark days ahead.

“The forces that divide us are deep and they are real. But I also know they are not new,” he said. “Our history has been a constant struggle between the American ideal that we all are created equal, and the harsh ugly reality that racism, nativism, fear, demonization have long torn us apart.”

Upon completing the oath, the U.S. Army Band (“Pershing’s Own”) played four ruffles and flourishes, but a 21-gun cannon salute was not rendered before Biden delivered his inaugural address.

The presidential nuclear football, which can authorize a nuclear attack while away from a command center, was discreetly given to military aides of the new administration during the ceremony; however, Trump’s absence did not change the automatic deactivation of his and Pence’s nuclear access and activation of Biden and Harris’s.

Following the attack and subsequent violent threats by the same groups and individuals to disrupt Biden’s inauguration, the Secret Service launched a massive security operation that surpassed any in modern U.S. history, with the aim of avoiding a repeat of the deadly Capitol riot. On January 11, Trump approved a request for an emergency declaration in Washington, D.C., allowing federal assistance through FEMA to help secure the event. On the same day, the National Park Service warned that groups who were involved in the riot “continue to threaten to disrupt” the inaugural ceremony and posed “credible threats to visitors and park resources”. “Non-scalable” seven-foot-high crowd control barriers and jersey barriers were installed around the perimeter of the Capitol grounds to prevent disruptions during the ceremony and deconstruction of the platform.

The inauguration took place amidst extraordinary political, public health, economic, and national security crises, including outgoing President Donald Trump’s attempts to overturn the 2020 United States presidential election, which incited a storming of the Capitol, Trump’s unprecedented second impeachment, and a threat of widespread civil unrest, which stimulated a nationwide law enforcement response. Festivities were sharply curtailed by efforts to prevent the spread of COVID-19 and mitigate the potential for violence near the Capitol. The live audience was limited to members of the 117th United States Congress and, for each, one guest of their choosing, resembling a State of the Union address. Public health measures such as mandatory face coverings, testing, temperature checks, and social distancing were used to protect participants in the ceremony.

The inauguration was a moment of immense relief across the world, rather than unbridled celebration that usually marked the US presidential inaugurations. Washington saw an orderly transition of power at the Capitol, just two weeks after the attack on it; the departure of a man who has thrived on division and the anointment of Joe Biden, who pledges unity; the arrival of Kamala Harris – the first female vice-president and a woman of colour – after the racism and misogyny of Donald Trump. Yet there were no cheering crowds to greet the new president, and 25,000 members of the National Guard stood watch, thanks to his predecessor’s legacy: the deadly toll of the pandemic and the political violence epitomised by this month’s insurrection. That threat did not recede when the 46th president took his oath of office. It is part of America’s body politic, as are the bitter political forces that birthed it. Though Mr Trump was resoundingly defeated, more than 70 million Americans voted for him and a huge number of those now believe that President Biden stole his job. One in five voters supported the storming of the Capitol.

It will seem like a wedding devoid of honeymoon for the new president as he is faced with the hard starting of tackling the pandemic that has taken 400,000 American lives – a quarter of those in the past month – and the economic crisis, with 10 million fewer employed than a year ago.  A slew of executive orders on his first afternoon – axing the Muslim travel ban; rejoining the Paris climate agreement – are set to reverse some of Mr. Trump’s most egregious acts. But erasing the last four years is impossible. Only some policies can be enacted at the stroke of a pen. An ambitious legislative agenda must force its way through a 50/50 Senate. The Trump administration scrapped regulation and stacked courts. Above all, it tore apart the social and political fabric of the United States, making brazen lies, naked cruelty and hatred commonplace. America really needs to be reunited.

This inauguration brings hope, however tentative, at a time when the US desperately needs it and for continents like Africa.