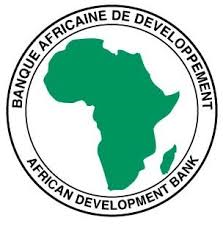 The President of the African Development Bank Group (AfDB), Akinwumi Adesina, has recently reaffirmed the commitment of the Bank to continue to support the growing Mozambican economy.

Adesina made this known during a one-day visit to Maputo, Mozambique, where he lead a team of senior Bank staff, to a joint meeting with the Minister of Economy and Finance and Governor of the Bank Group, Adriano Maleiane; Energy and Mineral Resources Minister, Pedro Couto; Minister of Agriculture and Food Security, Jose Pacheco; as well as the Governor of the Bank of Mozambique and AfDB Alternate Governor, Ernesto Gove; and the Chairman of the electricity utility company (EDM), Mateus Magala.

“We are in a process of revitalizing our economy and we focus on the following priority areas: agriculture, energy and infrastructure. We need a lot of investments and AfDB has a lot to give,” the Minister of Economy and Finance said.

The Bank’s “High 5”, five priorities of development, respond to this request. “I’m very keen to tell you that we will increase the allocation of funds in the field of energy. We will give maximum support to Mozambique for the energy sector,” the AfDB President said.

The AfDB plans to create an energy sector fund of US $12 billion over the next five years; and further mobilize about US $50 billion from the private sector, to ensure universal access to electricity in Africa by 2025.

“The Bank also plans to establish transformative partnerships for agriculture with the common goal of feeding Africa,” Adesina added. With regard to infrastructure, he has encouraged the development of regional projects and transnational roads.

Adesina was also received by President Filipe Jacinto Nyusi. The Bank President applauded his efforts to increase the country’s economy and pledged to substantially increase the financial support of the Bank to the country, and to assist in the following areas: job creation for young people and the fight against floods and drought.

On Friday, April 1, the African Development Bank President announced a package of US $549 million in support of the 14 countries in Eastern and Southern Africa most affected by extreme drought. Six countries are severely impacted and require immediate assistance from the Bank’s emergency resources. These include Ethiopia, Somalia, Lesotho, Malawi, Mozambique and Swaziland. The Bank will provide to Mozambique US $1 million of emergency support in 2016 and a further US $14 million for a wider drought-related plan in 2017.

The current portfolio of the AfDB in Mozambique consists of 19 projects both in the public and the private sectors totaling more than $600 million.