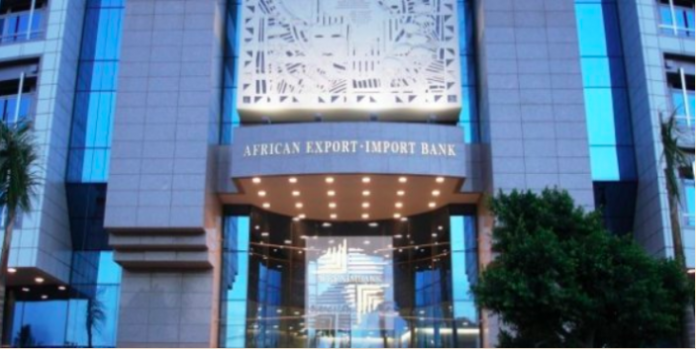 Afreximbank is to double its support to Intra-African trade and investments in the next five years, Mrs Kanayo Awani, Managing Director, Intra-African Trade Initiative, Afreximbank has said.

She said over the past five years the Bank through this Intra-African Trade Group had disbursed about $20 billion and was committed to doing more.

Speaking at a roundtable discussion on Egypt, Africa Business at the Annual General Meetings of Afreximbank in Cairo, Egypt, she said “We have also onboarded almost 500 of the 600 regulated African banks onto our intra-African Letter of Credit Scheme.

Apart from the support for trade and investments, she said the Bank recognized that the implementation of the AfCFTA would come with the new competition and as such put in place measures to reduce the impact.

“The liberalization of the African market may see competitors who could not previously compete entering the market at low cost. Afreximbank is addressing this challenge through the operationalization of an AfCFTA Adjustment Facility,” she said.

The facility she said would provide a mechanism for the Member States to access financial and technical resources to implement the Agreement and mitigate the short-term disruptions and associated costs.

To this end, Mrs Awani said the Afreximbank Board had already committed $1 billion as its initial investment.

The Bank, she said, had also developed the Afreximbank African Collaborative Transit Guarantee Scheme, which would provide a single technology-enabled transit guarantee that would facilitate the movement of goods throughout the continent in support of the AfCFTA.

When fully operational, she said, the scheme was expected to lead to a significant reduction in border delays and annual savings of more than 300 million dollars annually.

“Another important Afreximbank initiative championing intra-African trade is the Pan African Payments and Settlement System (PAPSS) in January this year. A ground-breaking platform that will facilitate cross-border payments in local African currencies and is set to boost intra-African trade significantly by minimizing the use of hard currencies and making cross-border payments cheaper and seamless,” she said.

There are currently 42 currencies in Africa and PAPSS will significantly reduce the costs of currency convertibility and save the continent more than $5 billion annually in payment transaction costs, which will benefit the numerous SMEs and young entrepreneurs across the continent.

For instance, PAPSS will allow a Ghanaian trader who imports from Egypt to pay for imports using the cedi while the Egyptian exporter will receive payment in Egyptian Pounds.

Dr El-Sharkawi, chairman of the Egyptian African Businessmen’s Association, said it was about time Africans trade among themselves to create jobs for the youth and ensure sustainable development.

He said the objectives of AfCFTA could only be achieved if a high premium was placed on Intra-African Trade and reduced the import of foreign goods.

The AfCFTA, which seeks to bring together 55 African countries and create an integrated market of 1.3 billion people, with a combined Gross Domestic Product of over US$3 trillion, holds enormous potential for Africa’s trade-led development.