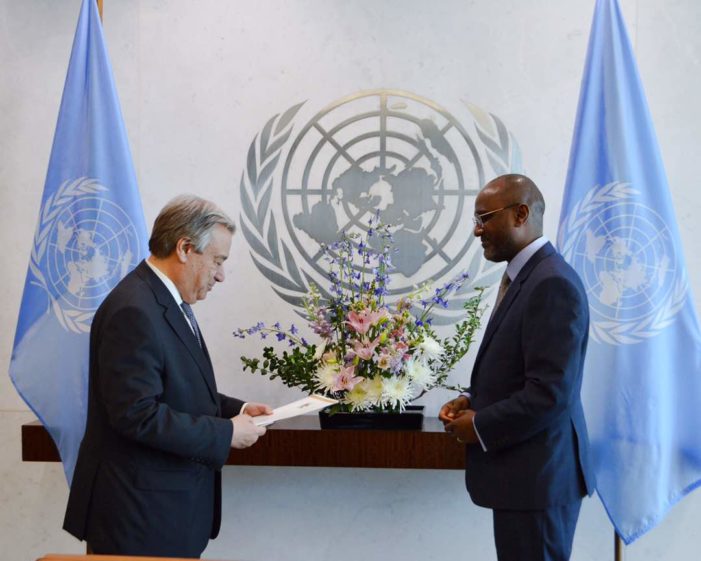 Uganda’s Permanent Representative to the United Nations, Mr Adonia Ayebare, has been selected to canvass continent-wide consensus on a proposal to seek advisory opinion from the International Court of Justice (ICJ) about immunity for African presidents.

The choice of Mr Adonia by African diplomats accredited to the UN headquarters in New York follows a January 2018 resolution in Addis Ababa, Ethiopia, by heads of state and government for clarity on immunity in the wake of indictment of sitting African presidents by the International Criminal Court (ICC).

Kenya’s envoy to the UN, Mr Lazarus Ombai Amayo on behalf of the Africa Group, last month asked Secretary General Antonio Guterres to include on the provisional agenda for the 73rd session of the UN General Assembly (UNGA), which starts mid-next month, an item:

“Request for an advisory opinion from the International Court of Justice on the consequences on states’ legal obligations, taking into account UN resolutions and the Rome Statute, with respect to immunities.”

The ICJ is the world body’s principal judicial organ. Africans are seeking its position following conflicting opinions by ICC Pre-Trial ChMrer II judges on whether or not incumbent presidents should be exempted from trial on the basis of immunity accorded to them by virtue of their offices.

They also cite the disparate interpretations and provisions on immunity for heads of state and governments under the UN Charter, the Rome Statute, customary international law and internal legislations.

Mr Ayebare stated that the request has already been added onto the agenda of the upcoming United Nations General Assembly (UNGA) session.

“By seeking the advisory opinion in the exercise of its powers under the UN charter, the General Assembly will be able to bring a lasting resolution to a long dispute of immunities and conflicting obligations of states under international law,” the draft explanatory memorandum accompanying the agenda item proposal reads in part.

Two-thirds of the 193 UN member states will have to endorse the request for the General Assembly to refer it to the ICJ.