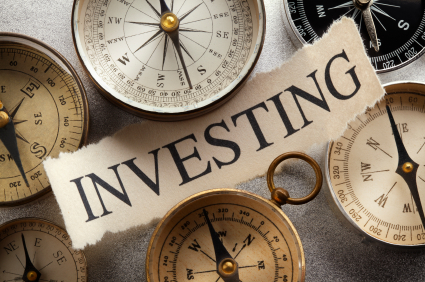 Emerging economies continuously need Foreign Direct Investment (FDI) for sustainable growth and development, with governments having recognized the importance of flow of financial capital in economies of countries, now making policies and political decisions that would encourage it.

Investors in developed economies like Europe and the US are major sources of FDI for emerging economies, who became the greatest beneficiary of FDI in 2012.

A report just released by UK-based consulting firm with operations in Africa, Ernst & Young titled “2014 Africa Attractiveness Survey” showed improvement in the continent’s attractiveness to foreign investment, as $52.6 billion worth of FDI entered Africa in 2013.

Usually, economies that enjoy massive FDI inflow are relatively stable as investors are often wary of the risks of their investments, particularly in volatile regions. No investor would also like to do business in an environment where security and safety is not guaranteed. While investors are well aware of the growing insecurity in sub-Saharan Africa (total number of new FDI projects declined by 3.1 percent in 2013 as a result of political uncertainty in North Africa.) and the potential effect it can have on a stable business environment, recent events show that the continent still enjoys a considerably high FDI.

Growing insurgency in Nigeria and Kenya notwithstanding, Ernst & Young regarded them as one of the “emerging hotspots for investment”. Other countries are Zambia, Mozambique, Tanzania, Uganda and Ghana. South Africa remained the number one go-to place for investment in Africa.

Intra-African investment has also been a major driver of growth in sub-Saharan Africa, with investors like Nigeria’s Aliko Dangote, the continent’s richest man expanding his business portfolio across Africa, creating jobs and economic growth in the process.

Aside the strengthened regional integration, Africa has started diversifying economic activities, with oil-rich countries like Nigeria looking at other opportunities like Agriculture, thereby growing employment levels and creating a new consumer class. The Ernst & Young said the development had paved the way for increasing FDI in consumer-focused services and manufacturing sectors. The report also revealed that African investors nearly tripled their share of FDI projects over the last decade.

Ernst & Young noted further that “even though investment perceptions have improved so dramatically, actual investment in Africa has not accelerated as much, since many potential foreign investors continue to view the entire continent as a high-risk destination.”

Despite this perception by some, about $68 billion investment was said to have been secured by the continent following the recently concluded World Economic Forum on Africa (WEFA), showing that several foreign investors still see the potentials in the continent.

The report submits however that “Africa is an inherently challenging place to do business, but many companies pursuing a long-term African strategy have generated excellent returns from their investments.”

The future seems bright for foreign investors on the continent as Africa continues to showcase its resolve to grow despite a broadened list of challenges.

According to the African Development Bank (AfDB), Africa’s GDP is about $1.5 trillion. Analysts however say the figure would increase when countries rebase their GDP (Nigeria became Africa’s largest economy when it rebased its GDP).