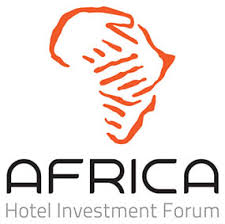 Cairo and Cape Town’s hotel markets have experienced strong performances over the past five years, according to figures from data and analytics specialist STR. Despite political turmoil, Cairo is starting to recover and the compound of annual growth rate (CAGR) for revenue per available room (RevPAR) was up 14.9%for the2011 to 2015timeperiod. In the first quarter of 2016, RevPAR increased 14.1% compared with Q1 2015, indicating this recovery trend has carried into the current year.
“Demand in Cairo has fluctuated significantly since the Arab Spring in 2011 and the regime shift in 2013,” said Thomas Emanuel, director of business development for STR. “But occupancy is starting to recover, and the hotel development pipeline remains fairly robust. The high year-over-year performance increases in 2014 and 2015, are however, coming off an extremely weak 2013.”
Cape Town has also seen positive growth in average daily room rates. The CAGR for RevPAR was up 13.6% over the five years,but it has taken time for this market to absorb the extra room capacity created for the World Cup in 2010. Johannesburg, which saw a 7.9%CAGR increase in RevPAR, experienced a similar problem.A weak South African Rand has helped make the country an affordable destination for international tourists. In Q1 2016, Cape Town’s RevPAR increased 18.9%, while Johannesburg’s increased 18.7%, indicating that both markets opened this year much stronger than in Q1 2015.

STR analysis suggests that the struggling economy in France has hit Casablanca, as the market relies heavily on corporate demand from France. Occupancy is still in decline, but not as substantially as it has been in recent years. “This market is significantly more stable than several other markets in Africa,” Emanuel said, “but recovery will depend on several economic factors and geopolitical stability.” In Q1 2016, the market recorded RevPAR growth of 4.5%, indicating a stronger start to the current year.

Dar es Salaam’s hotel market has also experienced performance growth in recent years. Tanzania is considered relatively safe and the city experienced an upward trend in 2015, according to STR. However, the market opened 2016 with a 3.1% decline in RevPAR compared with Q1 2015. Despite a 13.0% increase in average daily rate (ADR) in Q1, occupancy declined 14.3% compared with Q1 2015.

Nairobi and Lagos have both suffered setbacks, predominately due to safety concerns. RevPARover the five-year period (2011-2015) was down 5.3%in Nairobi and 8.9%in Lagos. Nairobi opened 2016 with a 3.5% decline in RevPAR for Q1 2016 compared with Q1 2015, mainly due to a 10.1% decline in occupancy. Lagos recorded flat performance in Q1 2016, with a decline in occupancy levelling out an increase in ADR.
The analysis comes ahead of the Africa Hotel Investment Forum (AHIF) in Togo in June, where Philip Wooller, STR’s Middle East and Africa director, will present.

“Africa’s hotel market is as diverse as the continent itself,” said Wooller. “But it’s also interesting to look at the current supply growth trends, as that keeps us thinking about the future. In April 2016, there was a 26.7% increase in rooms under contract compared with April 2015 and a 39.6% increase in rooms in construction for the same time period. We will definitely keep an eye on how this development plays out.”

Matthew Weihs, managing director of Bench Events, which organises AHIF, said: “This analysis gives us a clear picture of how key Africa destinations are performing. It’s good to see that Cairo is progressing in the face of many difficulties and that Cape Town is doing well.”

The AHIF conference will take place on June 21-22 at the new landmark Radisson Blu Hotel du 2 Février in the capital. To see the full AHIF Togo programme, visit: www.africa-conference.com/togo/index.php/programme.

About The Africa Hotel Investment Forum (AHIF)
AHIF is the premier hotel investment conference in Africa, attracting many prominent international hotel owners, investors, financiers, management companies and their advisers. It is organised by Bench Events, who have a long track record of delivering the leading hotel investment events across Europe, the Middle East and Africa.  (www.benchevents.com)