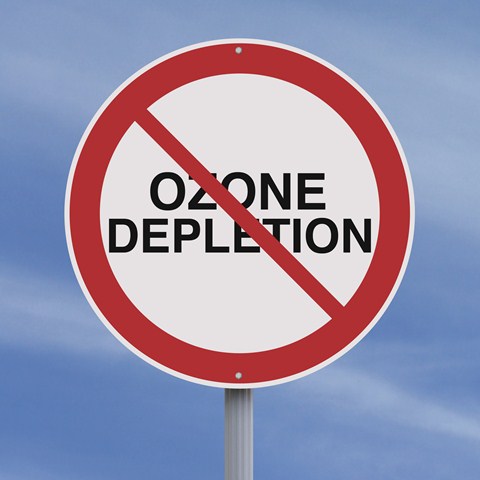 Rwanda and the Kingdom of Morocco have taken the lead in calling upon countries across the world to back the amendment of the Montreal Protocol on Ozone Depleting Substances.

The Montreal Protocol is a global agreement to protect the ozone layer by advocating for the phasing out of the production of substances responsible for ozone depletion and climate change.

In a joint statement, the two countries noted that passing the ambitious amendment to the Protocol should be seen as part of efforts to maximize appliance energy efficiency and protect the climate.

To facilitate deliberation on the matter, Kigali will this month host over 1,000 delegates with intention to pass the historic agreement.

“Energy efficiency of appliances is one of the biggest mitigation and development opportunities that the world can implement immediately. Energy efficiency gains in the air conditioning sector alone could reduce global electricity demand by over 11 per cent by 2030 and improved efficiency of room air conditioners could prevent up to 100 billion tons of CO2 emissions by 2050,” the statement read in part.

Experts have warned that failure to act through such a protocol could increase risks of skin cancer and global warming.

If the amendment is passed, it will result in the early phase-down of hydrofluorocarbons (HFCs) which are strong greenhouse gases used mainly in refrigeration, solvents, propellants and aerosols with a high global warming potential.

A breakthrough in the ongoing negotiations of the parties to the Montreal Protocol will see a global agreement to phase down consumption and production of hydrofluorocarbons – a potent greenhouse gas mainly used in refrigeration systems.

Passing the ambitious amendment to the Montreal Protocol in Kigali could prevent up to 0.5°C of global warming by the end of the century by phasing out HFCs.

A successful amendment to the protocol would signal the international community’s commitment to practical action to achieve the goals of the Paris Agreement – limiting global warming to 2°C, and the more ambitious target of 1.5°C.

“To seize this historic opportunity, it is important the amendment to the Montreal Protocol be accompanied by strong efforts to promote energy efficiency in air conditioners, refrigerators, and other appliances,”

“The Kingdom of Morocco and the Government of Rwanda stand united to work with all Parties to the Montreal Protocol to pass an ambitious amendment in October in Kigali,” the statement reads in part.

Signed in 1987, the Montreal Protocol is a global agreement that protects the ozone layer by phasing out the production of substances responsible for ozone depletion and climate change, such as hydroflourocarbons (HFCs).

In a recent interview with The New Times, Minister for Natural Resources, Dr Vincent Biruta said that amending the protocol will also enable Africa and the rest of the world to consider green industrialisation, which will in the long run protect the Ozone layer; hence mitigating global warming and climate change in general.