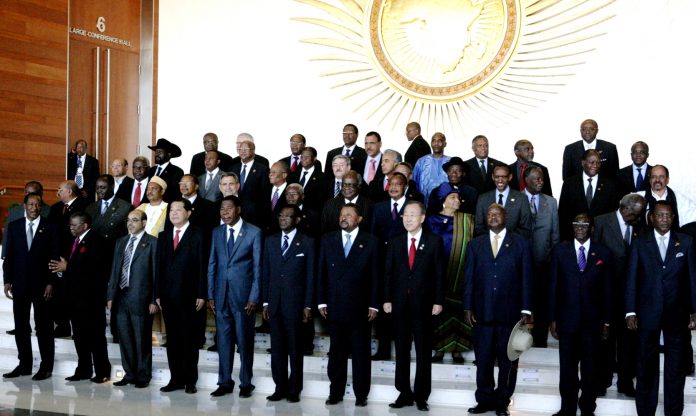 In July 2013, the pilot of a South Korean airliner (a Boeing 777) which was on its way to San Francisco misjudged the approach to the airport resulting in the plane clipping a sea wall before crashing and bursting into flames. An investigation by the National Transportation Safety Board attributed the crash to human factors one of which was pilot fatigue. It is one type of risks from what is generally termed lack of situational awareness. In another plane crash at Tenerife Airport in March 1977, neither of the planes in the crash were actually in the air; the collision took place when the pilot of one of the planes mistakenly thought he had been cleared for takeoff while the other was still on the runway. The pilot and co-pilot of the KLM flight only realized too late when they caught site of the PanAm flight through the fog. Not only did a total of 583 people in two different planes lose their lives unnecessarily but reason for the accident was loss of situational awareness. Other airline crashes – a Tatarstan Airlines Boeing 737 in Russia Flight U9 363 crashed in the Russian city of Kazan killing all 52 people on board; Air France Flight 447 which took off from Rio de Janeiro in Brazil bound for Paris with 228 passengers on board in May 2009 – are also associated with loss of situational awareness.

In the November 13, 2018 piece, I mentioned that “future leaders need competence in the form of situational awareness.” I discussed the concept in the context of semelparous relationships. In this piece I want to expand on it because it seems to be that the state of helplessness of African leaders is due to lack of situational awareness. And, Africans, as strategic followers, need to understand it in order to develop the unique competencies associated with it. Introjected situational awareness is not only the focus of leaders but also strategic followers; the linkage of followers’ identity with their actions and posterity is as significant as that of leaders.

Situational awareness, a term commonly used by pilots and others in the aviation world, refers to a pilot’s awareness of the airplane’s physical location in space as well as all factors relating to the safety of the flight. Often considered a big part of single pilot’s resource management, situational awareness has relevance to followership because leaders are sometimes considered ‘pilots’ of their organizations. A leader who is situationally aware has a good grasp on the organization’s locus relative to its three-dimensional space – the altitude it is operating at; lateral position relative to other organizations or competitors’ ‘navigational aids’; and happenings to him/her, subordinates, department, and organization at the extant period as well as its future outlook. Let me call this space the APH meter. The five elements of risk to a pilot – flight, pilot, aircraft, environment, and type of operation – are not only identical to those of a leader – job, initiative or project; personnel; organization, context, and operation but also salient for strategic followers, individuals whose goal is to contribute value to relational constituents through effective execution of their roles.  The good overall mental picture of what is going on during the job; understanding of the job or project expectations; knowledge of strategic course or fundamental direction of the organization; accurate reading of relational, operational, and contextual signals; execution of organizational sensors; locational centering; efficacious navigation, and prognostication of the organization’s future are all aided by strategic followers when the leader is not situationally aware. In other words, strategic followers can play a significant role in leadership situations given that other factors can cause a loss of situational awareness and risk the ‘safety’ of the organization. In addition to burnout, organizational stress, and task overload, fixating on a particular problem, on a single mechanism or strategy can mean that the leader inadvertently omits other valuable information and can lead to a loss of situational awareness contextually or mentally. In leadership research, the situations constitute the third pod in the triangle; the other pods are the leader and follower. As a result, the role of situations in leadership has been emphasized in several theoretical perspectives.

Situational awareness is particularly important for African leaders. Why? There are three major reasons. First, historical evidence shows that the loss of situational awareness contributed to the ‘reversal of fortunes’ for Africa. At some point Africa was on top of the world. Today, it seems to be at the bottom. The change resulted from the inability of leaders then to read the APH meter accurately with regard to the altitude, position, and happenings of Africa. They took for granted the height of their power or glory; probably assumed the position to be immutable, and failed to reflect on the ontological experiences of their people in the future. Indeed, it is not only leaders of the past but those of today. To what extent are modern African leaders accurately reading the APH meter? Accurate reading of the APH meter is a capability that is independent of the interest of the leaders in the welfare of their citizens. It may also be considered an intangible resource that is distinguished from the tangible resources essential for effective transformation of their societies. However, given that the capability is embedded with the attribute of resource harnessing, it is possible that leaders who centralized positive alterity (i.e., care about the wellbeing of their citizens more than, or at least equally as, themselves) are likely to mobilize resources from endogenous and exogenous sources. A very simple example is stopping corruption. Imagine what could be done with the money that is either stored in Swiss bank accounts by African leaders and used to develop Switzerland or frittered in vain lifestyles. Imagine what that money could do for African countries! Viewed through the strategic followership lens, the leaders then might be considered bad which is defined to encompass ineffective or unethical behaviors of individuals in leadership positions. Strategic followers at the time should have responded to such bad leadership with restorative behaviors. It is likely they did. However, to the extent that the fate of Africa changed from gratification to deprivation, we can surmise that the strategic followers were not successful in their restorative behaviors.

We have strategic situations before us today. Just look at the depletion of the natural resources of Africa which is not for the gain of Africans but foreigners, particularly China. Of course, the Europeans came because of the natural resources. And, yes, they did not ‘negotiate’ over exploitation of those resources! However, today the leaders who should know better, unfortunately, are doing worse than the colonizers. Added to the resource depletion is internecine conflict. Why should two ‘brothers’ who fought for independence turn around to be killing each other through the manipulation of foreign agents who want to sell their lethal products? Why should poverty and disease be the scourge of Africa when there are enough curative mechanisms that can be developed? Why should the lands of Africa which are traditionally communal be ‘leased out’ to foreigners because they have better technologies? Should the leaders not facilitate development of better than rudimentary technologies? If Prof. Allotey could help the USA in its space exploration projects, why couldn’t the unique skills of Africans with similar capabilities be leveraged for development in Africa? Lastly, why are the leaders establishing semelparous relationships?

If the leaders are not aware of the strategic situations, then Africans, as strategic followers, should respond. I reiterate that strategic followers are NOT gun-toting individuals who are out to replace elected leaders. Rather, they are positive agents of change who not only facilitate transformation of value diminishment but also mobilize psychological, social, political, economic and epistemic resources to generate high impact outcomes. To be able to do that the strategic followers need to read the APH meter accurately. That accurate reading is likely to enable them to facilitate not only creation but also maintenance of good situational awareness which requires attentiveness, mindfulness and perceptiveness, even in the midst of challenges or ‘turbulence.’ First, as strategic followers they can assist with thorough pre-engagement planning. By that I mean, they can proffer transformative ideas and work with like-minded individuals to effect the change. Second, they need to help improve ‘stick and rudder’ skills. In piloting stick and rudder refers to description of how airplanes fly and how they should be flown by pilots. It is a capability or know-how that enables positive transformation. I prefer the communal or collective know-how because of its mass effect. More can be done communally than singularly. Third, strategic followers have to become familiar with the African socio-economic system and performance in advance. In other words, their education should be Afro-centric. The globalists will say that is exclusionary. The modernists will add that Afro-centrism is ancient. The ‘being tos’ will argue that their African sloughs were discarded a while back. To all I say, ask China, India, Germany, America, etc., why they are autochthonous first and globalist second? Finally, strategic followers have to be comfortable with the instruments of socio-economic change so that they can help fly the plane. To the extent that they are not familiar with the ‘avionics’ of the African socio-cultural and economic system, it is unlikely they will make significant impact.

Therefore, if African leaders are not serious about developing their countries, then it is important Africans, as strategic followers, develop situational awareness competencies. I believe Africans want to generate value, however defined, for Africa. I believe they are concerned about the deprivations experienced today. I also believe they can help Africa save itself. So, I implore them to develop situation awareness.

David Baniyelme Zoogah (Ph.D.) is an Associate Professor of Management at the Williams College of Business, Xavier University, Cincinnati, Ohio, USA. His current research focuses on Strategic followership and Management Issues in Africa.  He has published several refereed journal articles, books and book chapters, most of which relate to Africa. He recently published a book titled ‘Theoretical Perspectives of Strategic Followership’. He is currently the President of the Africa Academy of Management.