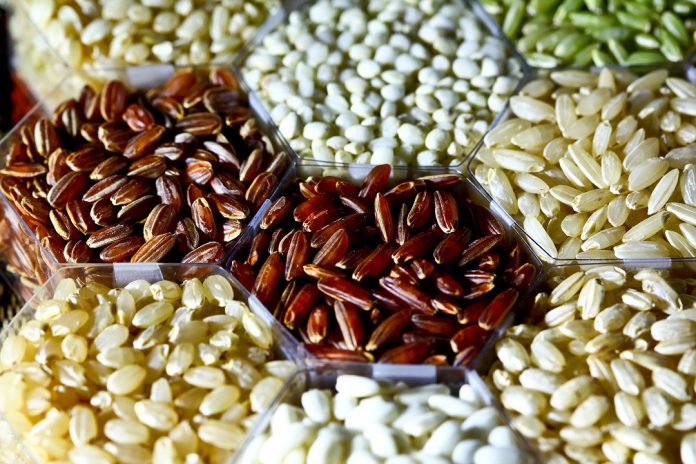 Can sub-Saharan Africa feed itself: This is a question that has been asked for decades, but no satisfying answer has been found up to now—and is unlikely to be found in the near to medium-term future. Why? The region is adding more than 1 billion people over the next 30 years, in just over a single generation. Most of the added population will reside in urban areas and demand more access to dairy and meat products, as well as to cereals, vegetables and fruits, fats, oils and sugars than the previous generation did, which resided largely in rural areas. This projected increase is juxtaposed with continued low agricultural productivity compared to the rest of the world. Cereal yields in 2016 (centered 3-year average across 2015-2017) averaged 1.5 tons per ha in Sub-Saharan Africa, compared with 7.2 tons in North America, 4.8 tons in South America and 4.1 tons across Asia.  While recent growth in Sub-Saharan Africa has been remarkable, at 1.8 percent per year, at this rate it would still take the region 55 years to achieve today’s Asian average cereal yield. The region also faces the largest inter-annual variability in precipitation and climate change is already affecting onset and volumes of precipitation. Combined with civil strife and unrest in various parts of the region, food insecurity has been climbing over the last several years and the number of undernourished people in Sub-Saharan Africa is according to the latest UN reports on Food Security and Nutrition estimated to have risen from 181 million in 2010 to almost 222 million in 2016, an increase of 23% in six years, and –based on current projections – may have increased further to more than 236 million by 2017. This adverse trend is wiping out much of the progress that has been made over the last decade.

Thus, it is not surprising that a 2016 study found that for countries in Sub-Saharan Africa to maintain current food self-sufficiency levels of around 80%, they would need to “radically” accelerate rates of yield improvements, or alternatively massively expand land areas, with associated greenhouse gas emissions and biodiversity loss—or increasingly resort to food import dependency.

A new study recently published in Water International focuses on the potential of irrigation in providing food security for the growing population in Sub-Saharan Africa. The study, by the International Food Policy Research Institute, used an integrated biophysical and economic modelling approach to assess quantitatively the irrigation development potential in Sub-Saharan Africa and linked this investment with changes in food security and food import dependency. Focusing on the region’s drylands—that cover 70% of the region’s cropland and are home to half the region’s population and where hunger and malnutrition are most prevalent and crop production most fragile—the study, titled “The role of irrigation development in the region’s drylands for food security” identifies sustainable and profitable irrigated area growth of 3% per year across the region with fastest growth in Central Africa balancing slower growth in Eastern Africa. Across dryland regions, the potential for irrigation expansion in this study is largest in West Africa at around 50% of the irrigation potential in dryland areas in Sub-Saharan Africa; this is followed by East and Southern Africa with more than 20% of total potential each while the potential in Central Africa is smallest, among others, because the sub-region has limited dryland areas. In terms of countries, the potential is largest in Nigeria, followed by Tanzania, Kenya and Malawi. Across the region’s dryland areas, up to 14 million hectares could be sustainably and profitably be converted into irrigated areas.

For all irrigation expansion scenarios in African drylands, net cereal imports, that is imports net of exports, to the region decline, with decreases reaching as much as 68%, or 90 million tons from a baseline net import volume of 133 million metric tons in 2050. The dramatic production increases achieved under the accelerated irrigation scenarios can also drastically reverse the region’s growing net food import dependency ration.  Specifically, targeted investments in irrigation in the dryland areas can effectively reduce growing food import dependency from 54% under a business-as-usual scenario to levels below today’s import dependency levels. Resulting national economic growth and rural income gains could also substantially reduce the region’s population at risk of hunger, beyond the calculated reductions from increased access due to lower food prices from accelerated growth.

To achieve these impressive results for food production and food self-sufficiency requires declines in irrigation technology costs, the availability and accessibility to complementary rural infrastructure, such as roads, storage and credit as well as access to complementary agricultural inputs in the region’s dryland areas. A recent Malabo Montpellier report on Water-Wise Irrigation sums up the way forward to achieve this potential, as follows:

4) Invest in support infrastructure; and

5) Explore innovative partnership and financing models to support development and growth of the sector.

Dr. Claudia Ringler is the deputy director of the Environment and Production Technology Division at the International Food Policy Research Institute.