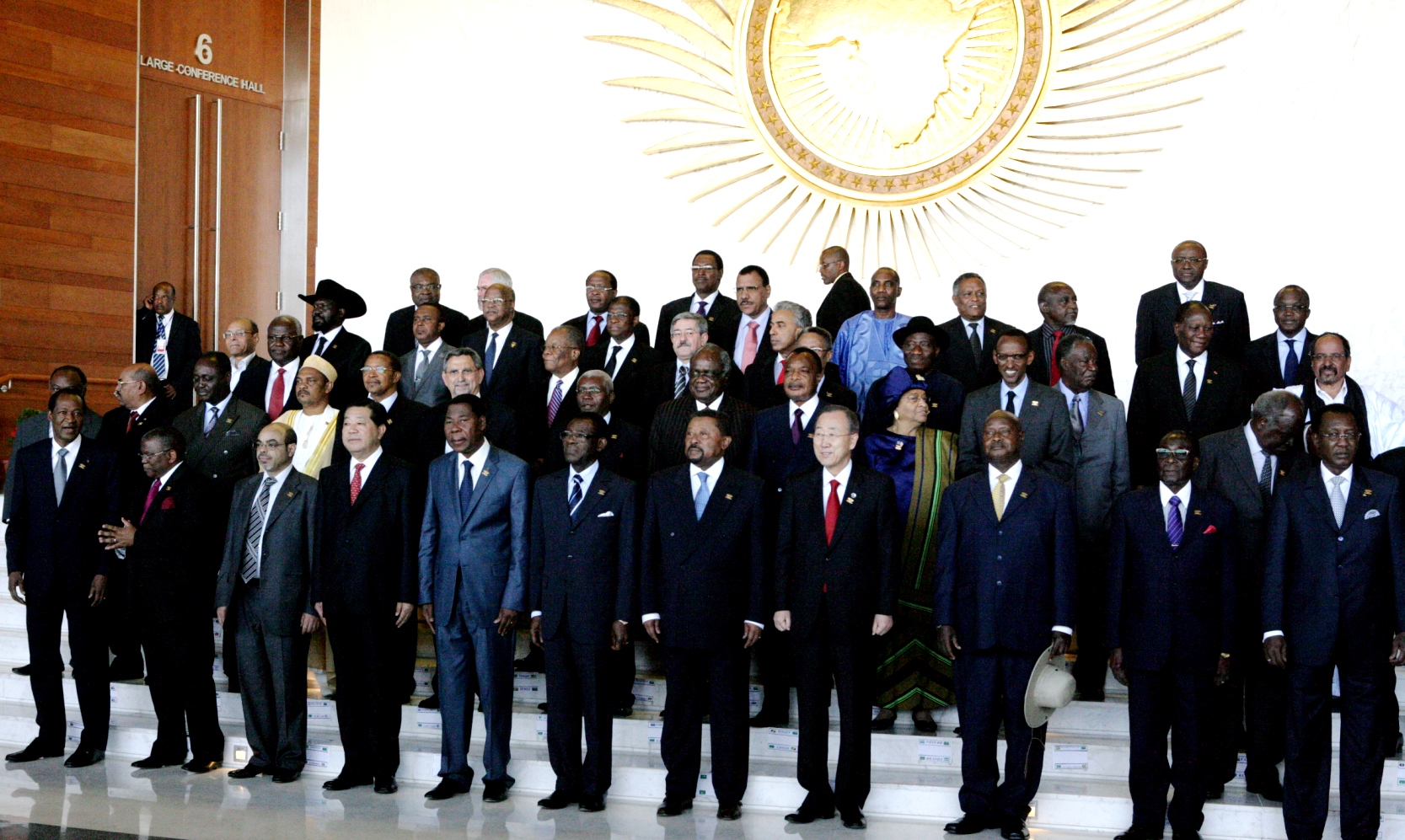 African leaders call for self-reliance, ownership and continental integration
at the Conference of Ministers in Addis Ababa

A unified Africa requires urgent collaboration towards regional integration and the political will to make it happen, announced, President Kagame in his keynote address. Highlighting the importance of self reliance and better use of domestic resources, he said, “This gathering is a good starting point if we use it wisely to determine where Africa goes next. There is value in once more reviewing the plans to see why we are not there yet in achieving the consistent results we want. Building new momentum requires that we stop thinking about development as something we do with external resources. We must focus on making better use of what we already have, domestically, in terms of our national and regional markets.”

Reiterating the sentiment, HE Ato Haliemariam Dessalegn, PM, Ethiopia, said that financing transformative development agenda will require substantial levels of resource. “To do so, it is imperative that available resources are used more effectively and strategically to catalyze additional financing from official and private sectors.”

“Agenda 2063 will require substantial financial resources and we must look into domestic sources to fund this. I am sure that Africa has untapped public and private resources that should be sufficient to meet the needs. If we want to sustain the remarkable economic growth recorded in the Continent over the past decade, increased reliance on domestic resource is absolutely necessary and domestic resource mobilization (DRM) should get the first priority and greater attention in our discussions here and then after.”

Mr Dessalegn added, “The potential for increased DRM is enormous, especially considering the current low levels of taxation. Tax as a share of GDP has only increased marginally over recent years and many countries are recording a tax ratio of less than 10 per cent. Also, DRM in the form of private savings is mainly hampered by lack of access to financial services in rural areas. In our continent, large parts of population have limited access to financial access as they are considered too poor to be able to save money and too risky to lend money to.”

Mr Carlos Lopes, Executive Secretary, ECA, highlighted the need to link industrialization to trade to meet the needs of Agenda 2063. He explained, “While the last 15 years have seen relatively high levels of growth driven by a commodity super-cycle and strong internal demand from a growing middle class, Africa is still dependent on commodities for most of its export earnings. There is now broad consensus that, without diversified economies, Africa will remain prone to exogenous shocks and trapped in the paradox of high growth rates, coexisting with high levels of unemployment and extreme poverty.”

He revealed, “The key factors constraining trade and industrialization in Africa are related to Africa’s narrow production and export base, which is dominated by low-value products such as raw materials and primary commodities. This is compounded by very high trade costs, tariffs and non-tariff barriers to intra-African trade and Africa’s access to international markets. We have no alternative but to increase our share of global exports. While in the 1970s, Africa accounted for 4.99 per cent of world trade and East Asia 2.25 per cent, by 2010, we had regressed to 3.33 per cent, while East Asia had soared to 17.8 per cent. Limited by poor infrastructure and inefficient logistics, lack of adequate skills and quality inputs, insufficient provision of credit and financial services, ours has become a story of lost opportunity. The time has come for us to awake. Africa’s current trade policy plays a major role in our inability to excel.”

Meanwhile, Dr Nkosazana Dlamini-Zuma, Chairperson, AUC, called for a skills revolution to make the Agenda 2063 work. She said, “A lot of people say that Agenda 2063 is too ambitious, however, a childhood friend of mine once said that ‘a person who is not ambitious is a danger to society’. Our people are the ones that will drive the agenda, so we need to invest in our people. Africa is rich, but the Africans are poor. We have abundant human, mineral and natural resources and arable land – so why are we poor? We need to shift our focus to STEM areas (e.g. Ethiopia) where the skills revolution has been critical – it is critical to Agenda 2063.”

Recapping the theme, Mr El Moctar Djay, Minister of Tax, Mauritania, said, “Structural transformation is essential for Africa’s transformation. All institutions need to work together to make post MDGS and Agenda 2063 work. This conference is imperative for a consensus on financing development, especially, to chart out the first 10 years of Agenda 63. Collectively we must find synergies between our regional programmes and Agenda 2063; and define domestic resource mobilization strategies to ensure that these programmes are well implemented.”

The session concluded with a rallying call from President Kigami, where he urged the room to develop a sense of urgency. He said, “We have decided where we want to be on 50 years time. We seem to have everything we need to achieve a Agenda 2063, except a sense of urgency.”