The venue was the Landmark Atlantis The Palm Hotel and Resort. The Location was the iconic city of Dubai in the United Arab Emirates. The event was the Africa-Middle East-Asia Women Summit which held from the 16th to 18th December, 2013.

The event was organised by the Centre for Economic and Leadership Development (CELD) in collaboration with African Leadership Magazine and the CEOs Club Worldwide.

Over 300 delegates from 32 countries converged for 3 days of enlightenment, networking, business sessions, panel discussions, experience-sharing and peer-support on a scale the delegates confessed they had never witnessed before.

There were 1st Ladies of 4 countries, royalty, wives of Governors, spouses of Ambassadors, leading women in politics, business, the arts, academia, sciences and entertainment and in an atmosphere that oscillated between scholarly seriousness and the conviviality and camarederie of a social gathering, they shared ideas, experiences, challenges and successes that showed a similarity in the experiences of the women of all three regions.

Mrs. Penehupifo Pohamba is the 1st Lady of Namibia. She participated in all the sessions for all 3 days at the end of which she had this to say “this is one of the most important events I have attended in recent times. Delegates are from such far removed locations that you would think we were strangers yet as soon as we started sharing our peculiar experiences, it was obvious that we all had one thing in common; a shared humanity, shared pains, shared struggles and shared triumphs”.

For Mama Salma Kikwete, 1st Lady of Tanzania, the conference afforded her the opportunity of respecting the plight of women from other regions and gave her valuable best-practice correlations as she deals with the challenges of motivating women and the less privileged in Tanzania.

The conference opened with a keynote address from Hon. Dorothea Dawkins-Hagler of the Georgia Legislature in the United States of America who charged the women to rise above their domestic expectations to take their rightful place in an ever-evolving world.

Then came a panel discussion with panelists comprising Rt. Hon. Margaret Zziwa, Speaker of the East Africa Legislative Assembly from Uganda, Princess Fay Jahan Ara from India, Angela Moore from the United States of America and Funke Egbemode, General Editor of leading Nigerian Newspaper, The Sun Newspapers. The panel discussed how women can deal with violence and emerge from the shadows to  assume political office.

There were speeches from different delegates culminating in a rousing speech by Audery Joe-Ezeigbo, Executive Director of Falcon Petroleum E&P in Nigeria.

The 2nd day had two panel sessions in the morning and after lunch with panelists from South Africa, Qatar, the UAE, India, Pakistan, Kingdom of Saudi Arabia, Uganda, Rwanda and Morocco.

The event was rounded off on the 3rd day with an Amazons Award Gala Dinner where leading women were given outstanding achievement awards and others inducted into the Global Women Hall of Fame.

Some of the inductees include the 1st Ladies of Burundi, Tanzania, Namibia, wife of the Prime Minister of Malaysia, wives of Governors of Ogun and Plateau States in Nigeria, Princess Fifi Ejindu, Mrs. Uju Ifejika and Mrs. Seinye Lulu Briggs among aothers.

There was also a special resolution from the Legislature of Georgia in the United States of America commending some of the women for their contributions to the development of their various sectors.

In her closing remarks, Mrs. Furo Giami, Executive Director of the Centre for Economic and Leadership Development thanked all delegates for attending and noted that the event would hold again in 2014 with several of the delegates already booking their participation for the next conference holding in South Africa in March 2014. 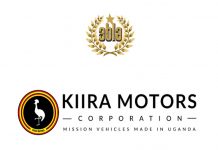