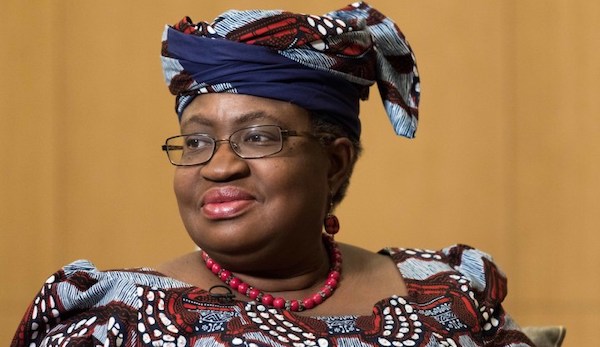 “I’m a fighter; I’m very focused on what I’m doing, and relentless in what I want to achieve, almost to a fault. If you get in my way you get kicked.”- Dr. Ngozi Okonjo Iweala.

Okonjo-Iweala was six when Nigeria gained its independence from Britain in 1960; she grew up in a small village in southern Delta State. Her parents, both distinguished academics, were studying in Europe on scholarships, so she and her six siblings were raised by her grandmother. At the age of nine, Okonjo-Iweala had learned to cook, fetch wood and manage many of the household tasks.

The 1967 – 1970 Nigeria civil war pitting the separatist Biafra state against the Nigerian central government disrupted her education and exposed her to further hardship as she narrated to Forbes magazine “I was eating one meal a day and children were dying. So, I learned to live very frugally. I often say I can sleep on a mud floor as well as a feathered bed and be very comfortable. It has made me someone who can do without things in life because of what we went through,”

After the war, Okonjo-Iweala went to the US to study economics at Harvard and MIT (Massachusetts Institute of Technology), married her childhood darling and, at the age of 25, began working for the World Bank, rising steadily up the institution’s hierarchy, travelling widely, and only leaving when invited to be finance minister of Nigeria in 2003. An appointment which plunged Okonjo-Iweala into a no-holds barred battle to force through economic reforms in Nigeria.

In her career as an economist, there are lots of very large numbers in the life of Ngozi Okonjo-Iweala; as the chair of Gavi, the vaccine alliance, she has overseen the annual immunisation of millions of children. As managing director of the World Bank, she oversaw $81bn (£58bn) worth of operations. In her stints in charge of Nigeria’s finances, she tackled the country’s $30bn debt.

In addition, 20 non-profit organisations that have appointed Okonjo-Iweala to their advisory boards, the major banks and corporations she has advised, the 10 honorary degrees in addition to her own doctorate, 20 or so awards, dozens of major reports authored, and the books. Also, there are multiple lists frequently featuring Okonjo-Iweala: the world’s 100 most powerful women, 100 most influential people in the world, 10 most influential women in Africa, Top 100 or 150 women in the world, and many others.

On Monday, Okonjo-Iweala made it to a new list: that of the director generals of the World Trade Organization (WTO), a position that has never before been occupied by an African person nor by a woman. She will take over the institution, with its budget of $220m and staff of 650, at a critical time.

It will be the moment to put all the number-crunching experience she has gained over a 40-year career to use. The global trading system – with the WTO at its heart – is facing a make-or-break moment, say experts. If the WTO ever needed a fresh look, Okonjo-Iweala is the face to bring it on.

“The WTO needs … a fresh look, a fresh face, an outsider, someone with the capability to implement reforms and to work with members to make sure the WTO comes out of the partial paralysis that it’s in,” Okonjo-Iweala said in an interview with CNN.

Dr Ngozi Okonjo-Iweala represents the very best of what Nigeria and indeed Africa can offer to the world. Her distinguished career at the highest levels of international finance and development, stellar reputation for hard work and integrity, and significant accomplishments in the public and private sectors in Nigeria and internationally speak for themselves. An exceptional global leader, Dr Okonjo-Iweala is an inspiration to Africans, women and millions across the world who are emboldened by her example to reach for the skies. There is no doubt that she would do an excellent job if given the opportunity to lead the World Trade Organization, particularly at a pivotal time for the global multilateral trade system.

It’s a great pleasure to celebrate Dr. Ngozi Okonjo-Iweala who continues to make the entire African continent proud. Dr. Iweala is a thorough professional, nation-builder, and an inspiration to many. As a renowned economist and finance expert, she has consistently applied her unrivaled expertise in various capacities to drive key reforms and promote sustainable growth both at home and abroad. It would be impossible to forget the critical role she played in leading key reforms in Nigeria, which have contributed significantly to the growth of the Nigerian capital market. She has shattered many glass ceilings over the course of her career being the ‘first female’ in several positions and she represents the dream of many African women. 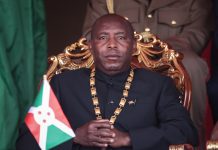 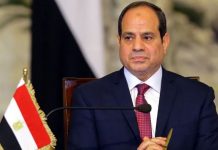 Abdel Fattah El Sisi: Providing The Means to A Decent Life for Egyptians 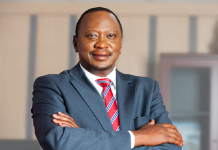