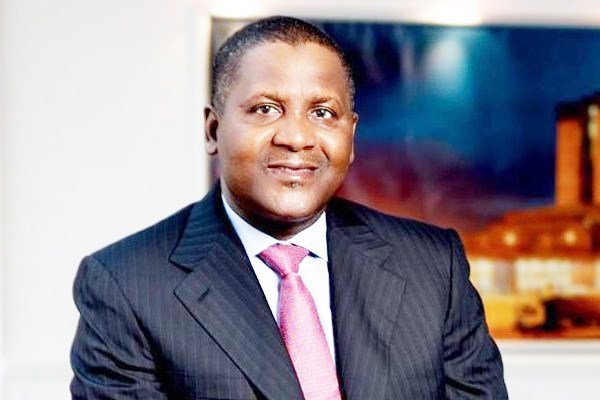 There has been increased activity in the commercial papers’ market in recent times as Dangote Group, Access Bank, Nigerian Breweries, Coronation Merchant Bank and Sterling Bank have been to the money market to raise N143billion through commercial papers so far this year.

Operators in the market have linked the trend to the downturn in the equities market and upcoming elections. Commercial paper (CP) is an unsecured, short-term loan used by a corporation typically for financing accounts receivable and inventories. It is usually issued at a discount, reflecting current market interest rates.

Governor of the Central Bank of Nigeria, Godwin Emefiele, had encouraged large corporations to issue commercial papers to meet their credit needs, saying that the apex bank may, if need be, buy those instruments to complement the efforts of the deposit money banks (DMBs).

This decision suggests that the Central Bank is willing to start buying corporate debts in an effort to inject liquidity into the market and put cash on the balance sheet of corporate groups.

The governor explained during a press briefing after the July Monetary Policy Committee meeting that the apex bank intends to buy these debts at lower rates.

This had spurred activities in the market as, this year alone, five companies have been to the money market to raise N143 billion through commercial papers. Dangote Cement had raised the largest amount with its N50 billion that was recently listed on the FMDQ.

Maturities on commercial paper rarely range any longer than 270 days and it is not usually backed by any form of collateral, making it a form of unsecured debt. As a result, only firms with high-quality debt ratings would easily find buyers without having to offer a substantial discount (higher cost) for the debt issue.

The growing trend of CPs in the market, according to the managing director and chief executive of Cowry Assets Management Ltd, Mr Johnson Chukwu, is because investors are not willing to invest in long-term instruments.

“They are not willing to put their money in assets that have longer term maturities. So, issuers are now recognising that investors are not ready to go long because of the political uncertainty, and would rather invest in 90-day, 180-day instruments; obviously, instruments that will cycle out before the election.

“We still have about 199 days to the election and obviously most of these instruments that are 180 days are commercial papers. The market has evolved for very short term instruments and corporate organisations that can borrow from this with very strong balance sheet and are AAA-rated companies are now coming to the market to place short term instruments,” he said.

He, however, noted that the trend was likely to reverse after the elections.

“The logic of it is that after the election, once there is clarity in the political space, they can now decide if they want to go long term, but today, everybody wants to play safe and stay in the sort end of the market – both investors and issuers. That is why the commercial papers’ market has really come up so strongly,” he added.

Managing director of FMDQ, Mr Bola Onadele, noted that “CPs, which are short-term debt financing instruments issued for a period not exceeding 270 days, present a cost-effective and stable means of sourcing scarce capital when compared to traditional bank loans, and enable businesses diversify their funding sources.

“It is, therefore, commendable that at such time when banks, non-bank financial institutions and small & medium scale enterprises are striving to flourish despite the economic challenges in the country, the CP market can be looked to, to provide a viable, stable and cost-effective means for the achievement of their business objectives/goals.

“In addition, by accessing the CP market, businesses can build confidence in their brand as well as raise their corporate profiles ahead of tapping the market for longer-term debt such as bonds in preparation for the impact of banks implementation of Basel 3 liquidity management principles.”