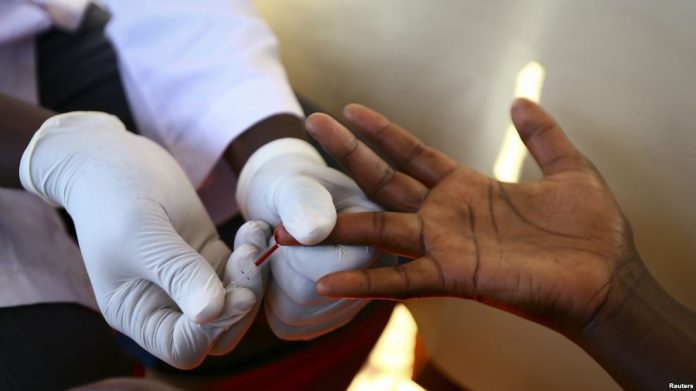 It is about Forty years since the first cases of AIDS were identified. This has shown that with the knowledge and resources at our disposal right now, it is feasible to eradicate AIDS as a public health problem by the year 2030.

This is especially true given the improved diagnostics, methods for prevention, and treatments that are already available.

Up until the day an effective HIV vaccine and a cure are discovered, the continent can now move even more quickly.

The good news is that while some nations have already brought the AIDS pandemic under control, others are almost there. Going back in time may serve as a reminder that, by 2019, more than 40 nations had already exceeded or were close to achieving the crucial epidemiological milestone necessary to eliminate AIDS.

Without a shadow of a doubt, millions of individuals with HIV today live long, healthy lives, and AIDS-related deaths and new HIV infections are on the decline.

According to data as of June 2020, 26 million of the 38 million people living with HIV had access to ART, which can help save their lives.

Viral load is suppressed as a result of this therapy, which stops the spread of HIV. New technology and support systems for HIV prevention, treatment, care, and support are continually being developed by science. The development of an HIV vaccine and a workable treatment are included in this. The reach and impact of HIV services have increased thanks to creative delivery methods.

Millions of lives have been saved by global solidarity and local resilience. However, given that we haven’t arrived yet, much more could have been done.

As is evident, many of the injustices that helped the AIDS pandemic spread are now growing worse. They are still promoting the spread of HIV around the world.

For instance, the International Monetary Fund claims that because of the drop in the average income, the effects of poverty and inequality are worse than expected. Both the high proportion of persons living below the poverty line and the higher HIV prevalence rates in such communities are to blame for this disproportionate rise in poverty.

In Mozambique, a lack of information and practices like female genital mutilation is to blame for the spread of AIDS. and 47% of children living with HIV globally are not receiving access to life-saving treatment.

These disparities have come to light thanks to COVID-19, which has also revealed the frailty of the advancements the world has accomplished.

The once-in-a-generation chance to “build back better” from COVID-19 depends on the resiliency and experience of the HIV response in tackling disparities that disproportionately affect the important communities and priority populations.

There’s a chance. There are solutions. The HIV response has 40 years of experience, so at least there’s knowledge on where to begin from. The AIDS epidemic has been brought under control in certain nations. hence the continent has some plans have plans to battle AIDS because it already knows how to stop the disease.

This is certainly true as there have been some incredibly brave and lofty aspirations on the African continent.

One of them is to ensure that by 2030 all of its citizens would enjoy a good standard of living in a secure environment.

However, Covid 19 posed a significant challenge. Lockdowns and other limitations prevented HIV testing, This, in many nations resulted in sharp declines in diagnoses and HIV treatment referrals.

A report was further created by the Global Fund to Fight AIDS, Tuberculosis, and Malaria using information gathered from 502 healthcare facilities. The prevalence of HIV testing decreased by 41% in 32 African and Asian countries.

Additionally, it was found that referrals for both diagnosis and treatment fell by 37%. Compared to the same period in 2019, this was during the initial COVID-19 lockdowns in 2020.

Even with these statistics, the continent is still ambitious to defeat HIV/AIDS prevalence rate.

This strategy seeks to reduce the inequalities that contribute to the AIDS epidemic. To put the world on track to completely eradicate AIDS as a public health threat by 2030, the strategy also aims to give individuals a priority.

It also outlines strong goals and evidence-based priority measures to put every nation and community on pace to eradicate AIDS as a public health hazard by 2030.

Taking a closer look Again, the Strategy prioritizes those who have not yet accessed life-saving HIV services and seeks to lessen the disparities that fuel the AIDS pandemic.Additionally, it outlines bold goals and evidence-based priority measures to put every nation and community on pace to eradicate AIDS as a public health issue by 2030.