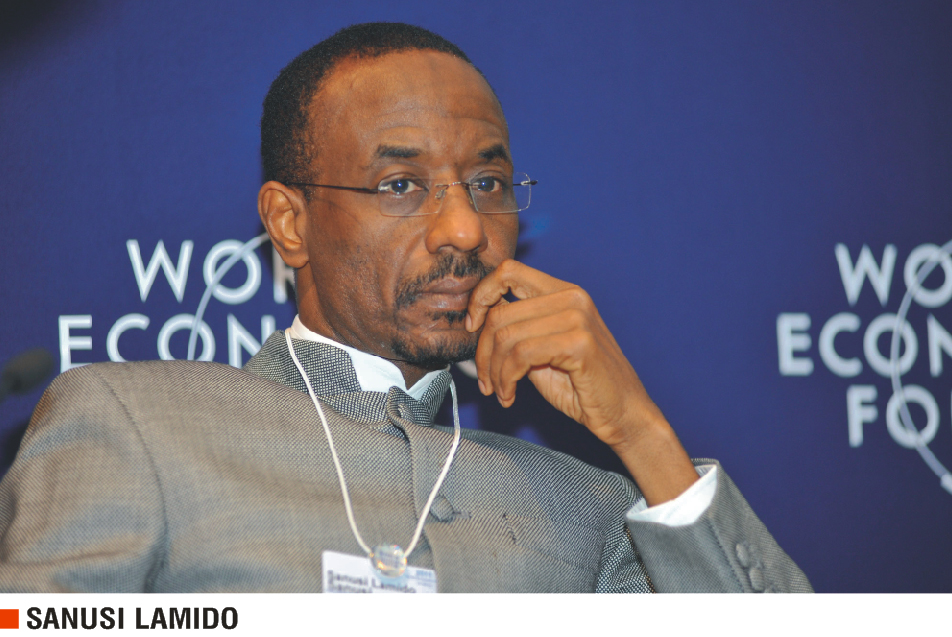 An air of shock or relief. Sanusi’s removal has been met with mixed reactions from political and economic personalities in Africa.

A group of Nigerian lawmakers and financial experts have aired their views on the suspension, with some quarter stating that it was expected and long overdue, requesting that he further accounts for his stewardship and financial recklessness.

Mr Okechukwu Unegbu, a former President of the Chartered Institute of Bankers of Nigeria, said the suspension came late and Sanusi should have been suspended two years ago for disobeying CBN’s financial regulation.
Mr Adebayo Adeleke, General Secretary, Independent Shareholders Association of Nigeria (ISAN) also noted Sanusi’s ousting was proof of the suspended governor’s high level of financial recklessness and should be asked to account for his stewardship

Other market experts however are more focused on the economic implications of his removal, with a spark of uncertainty hovering over the economy. Sign of uncertainty are already surfacing. The naira, which has been relatively stable, fell more than 1 percent immediately after the announcement, while the stock market saw an increased sell off by foreign investors yesterday.

“His suspension does raise concern among investors about the ability to sustain the naira at present levels. We will see more pressure on the currency between now and June, and more weakness than we had anticipated prior to this news,” Yvonne Mhango, Africa Analyst, Rencap was quoted by CNBC Africa

Although the naira had stabilized a bit as at this morning, further and consistent instability of the currency will consequently derail confidence of foreign investors who investments have been on an increasing trajectory in recent years.

Razia Khan, Head of Africa Research, Standard Chartered who was quoted by Reuters said, “The nature of the suspension will come as a significant shock to foreign portfolio investors, whose willingness to invest in Nigeria was very much influenced by the transparency and anti-inflation credibility associated with Sanusi’s policies.”

“Speaking from the perspective of international investors, this is likely to go down badly,” Alan Cameron, an economist at Nigerian Stockbroker CSL added. He believes that Sanusi’s dismissal is indicative of a political motivation rather than economic awareness by the current administration

Experts are also worried about the future independence of the apex bank and its ability to make decisions and policies that will be beneficial to the economy without fear of being suppressed.

While some believe the newly appointed CBN Governor, Godwin Emefiele, might be a figure head at the whims of the government, others believe he is a welcome change.

Only time will however tell with investors and financial experts keeping a watchful eye as events continue to unfold.