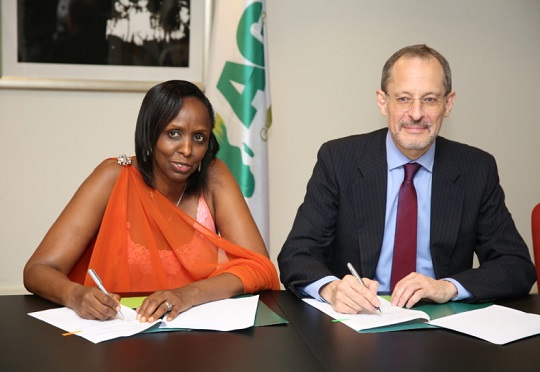 The Alliance for a Green Revolution in Africa (AGRA) has signed a memorandum of understanding with Tel Aviv-based NGO, Start-Up Nation Central (SNC), which will see farmers get extensive material and technical support.

The MoU was signed by Dr. Agnes Kalibata, President, AGRA and Professor Eugene Kandel, Start-Up Nation CEO, at the African Green Revolution Forum (AGRF) in Kigali, Rwanda, where heads of state, business leaders, entrepreneurs and other stakeholders in Africa’s farming industry are meeting to find ways that could improve the welfare of the continent’s smallholder producers.

The deal is set to boost plans to have 30 million farming households across 11 countries in Africa achieve food security by 2021.

Professor Kandel says the partnership will help alleviate the perils of food shortage in Africa, which has seen over 150 million people above the age of 15 suffer from severe food insecurity.

“We are hoping to use AGRA’s great understanding of the food production landscape in Africa, in a partnership that will improve the accessibility to superior farming technologies by the continent’s farmers,” Professor Kandel said.

Start-Up Nation is comprised of a team of agri-tech experts from Israeli start-ups committed to the development of solutions to some of the world’s major farming challenges.

The consortium matches businesses and governments with the people and technologies that can solve them.

“If we can overlay the knowledge we have of the problems that farmers face with already-developed technological solutions, we will begin seeing a drift in the achievement of agricultural production goals,” added Kandel.

Almost 500 million African farmers are responsible for 80 per cent of the food produced in the continent. However, these farmers are unable to meet their production targets because of a lack of access to proper farm inputs and technologies.

The Food and Agriculture Organization (FAO), for instance, estimates that as much as 37 per cent of the food produced in Sub-Saharan Africa is lost between production and consumption, primarily as a result of a lack of modern storage equipment. This is a challenge that Amaizz, one of the companies that make up Start-Up Nation promises to mitigate.

Amaizz offers technological solutions to minimize losses caused by spoilage and degradation suffered during the handling, storage, and processing stages of agricultural commodities

The company says its solutions can reduce post-harvest losses by up to 50 per cent.