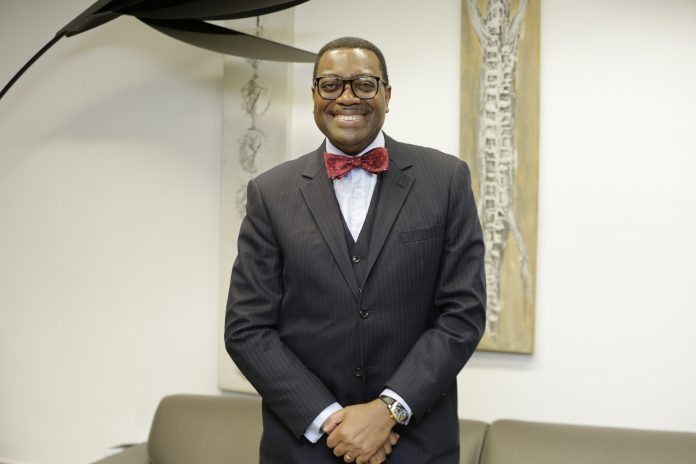 In 1981 when the African Development Bank, AfDB, sought it’s Board of Governors approval for non-African equity participation in the Bank, all member countries, except Nigeria, supported the move. The argument by Nigeria under the leadership of President Shehu Shagari, was that a critical institution like the AfDB must be extricated from western influence. Nigeria had at the outset in 1964, premised its provision of the take-off facility for the Bank on an assurance that “under no circumstance should the Bank’s equity be offered to non-Africans in the future”.

Narrating how the AfDB was eventually opened up to non-regional member countries, Nigeria’s former President Shagari in his book, “Beckoned to Serve,” stated that,” it is surprising that all member countries, except Nigeria, supported the proposal, as the Bank was hard-pressed. No other African country was willing to come to its aid financially.” Nigeria had to use its voting powers to veto the proposition.

After holding out for two years, amidst pleas from other member countries, Nigeria gave-in to the demand and the Bank was opened-up to non-African member countries on December 30th, 1982. This move increased the Bank’s authorized capital; but it set in motion, the gradual erosion of the principles upon which the Bank was established in the first place.

Today, some non-regional members, as rightly predicted by Nigeria, are at the centre of clogging the wheel of progress at the AfDB. The U.S., a non-regional member, is subjecting the leadership and integrity of the Bank to needless rancour, in the middle of a global pandemic, that is threatening human existence.

Earlier this year, some members of staff under the aegis of “concerned staff members” forwarded a petition to the board of governors listing about 16 infractions against the President, and calling for an investigation. In April, details emerged confirming that the petitioners may have been inveigled by Mr Steve Dowd, the United States Executive Director at the AfDB, and some of the non-regional countries. In an email denouncing the petition, a faction of the “Concerned Staff members” said that the petition was spearheaded by an elected staff member to “discredit” Adesina’s candidacy for re-election. “This denunciation is made in accordance to with the whistle-blowing and complaint handling policy of the African Development Bank,” the email read.

“This note is brought by a group of staff members outraged by the actions of an elected staff member, an executive director who uses a group called Group of Concerned Staff Members to take hostage of our institution” it further said. “We were members of the group called Group of Concerned Staff Members, until we understood that a group of non-regional executive directors was manipulating us; not for the good governance of the African Development Bank but to discredit the candidacy of the current president for his re-election.”

This revelation notwithstanding, the ethics committee went on to investigate the petition and cleared Dr Adesina of all accusations levelled against him. The Ethics Committee of the Board of Directors, headed by Takuji Yano, cleared him of all the 16 charges preferred against him; and the findings of the committee transmitted to both regional and non-regional shareholders. However, The U.S. is now calling for another round of fresh investigation, this time by an independent body. The call by the United States government is not only inconsistent with the established rules, laws, procedures and governance systems of the Bank, but it is also unprecedented in the history of the 56 years old institution.

From 1964 to 2015, the Bank had been manned by seven different presidents, with only three presiding over the Bank for two terms of 10 years. The trio of Babacar N’ diaye, Senegal; Omar Kabbaj, Morocco; and Donald Kebrauka, Rwanda, presided over the Bank between, 1985-1995, 1995-2005 and 2005-2015, respectively. Traditionally, the second term run for the presidency of the Bank has always been an uphill task, and not without a contentions or contenders. For the first time in the history of the Bank, however, a president is making a second term bid unopposed, yet, the external opposition seems sturdy.

It is noteworthy that the opposition against Dr Adesina isn’t new. He emerged 8th President of the AfDB, despite a US-led campaign to discredit his candidacy. This opposition has obviously continued through his tenure.

Also, the opposition isn’t based on charges of malpractice preferred against the President, which has now proven to be bogus or his capacity to lead the continent’s leading development institution. Far from it. The opposition to Dr Adesina’s presidency is primarily due to his commitment to employing the principles of best-in-class development economics to run the AfDB and seemingly not according to the traditional Bretton Woods practices and expectations of the World Bank and IMF. This is the invisible ink that has unsettled Washington.

Additionally, Dr Adesina is a resolute unapologetic Pan-Africanist. His hope-laden speeches continue to reverberate across the continent, inspiring a new wave of optimism, not just in young leaders eager to contribute to building a new Africa on their own terms but also helping to leapfrog Africa’s infrastructural development.

In his speech during the launch of the Africa Economic Outlook 2020 at the Bank’s headquarters in January, Dr Adesina stated that “Africa is where the focus of the world is right now as the growth and investment frontier.” Continuing, he averred that, “There has been China-Africa Summit, Japan-Africa Summit, India-Africa Summit, Korea-Africa Summit, Russia-Africa Summit, US-Africa Summit and several others. What do all these countries see? They see the opportunities that Africa offers.”

“With a population of 1.2 billion people that is expected to rise to 2.5 billion by 2050, a rising middle class, rapid urbanization – and a workforce that will rise from 705 million today to well over 1 billion in the next ten years – Africa offers a huge market and investment opportunities. The Africa Continental Free Trade Area makes Africa a market worth $3.3 trillion. Africa can no longer be ignored”, he said.

This narrative of a resurgent Africa isn’t quite pleasing to those bent on pulling Africa’s developmental-strings.

Therein lies the unstated grouse against the second term bid of Dr Adesina. His capacity on the job is not in doubt. Since his emergence as the 8th President of the Bank in 2015, Dr Adesina has led the Bank on what many analysts have described as an exceptional tenure.

It is, therefore, gratifying to see African Leaders speaking with one voice. The call by Nigeria’s former President Olusegun Obasanjo to other former presidents in the continent to rise in defence of the institution presents a template for the kind of Africa-focused solidarity that should guide the continent’s engagement going forward. Similarly, the Nigerian government’s strongly worded letter, rejecting the call for a fresh probe is a step in the right direction.

However, this issue has again thrown up the question of our leaders’ commitment to its obligation to regional and continental institutions. According to Nigeria’s former President Shehu Shagari in his book, “Beckoned to Serve,” “…it dawned on me that many African leaders who shout at roof-tops in international gatherings were not really ready or willing enough to make the necessary sacrifice or, at least, there is a limit to the kind of sacrifice that they and their countries could or would make”.

The prevailing realities show that things haven’t changed much. The African Union still battles to remain relevant, as many member states have become perpetual defaulters in meeting their annual financial obligation to the institution. If things remain unchanged, Africa will continue to lose its cherished institutions to those who seek to control her destiny. We have another unique opportunity to make things right. Africa’s position on matters of this nature should be unmistaken.

As in the word of former President Obasanjo, “…if we do not rise and defend the African Development Bank, this might mean the end of the African Development Bank, as its governance will be hijacked away from Africa.” Now more than ever, African leaders past and present, young and old must rise in defence of the continent and the Bank, as this has become a fight for the soul of the continent.