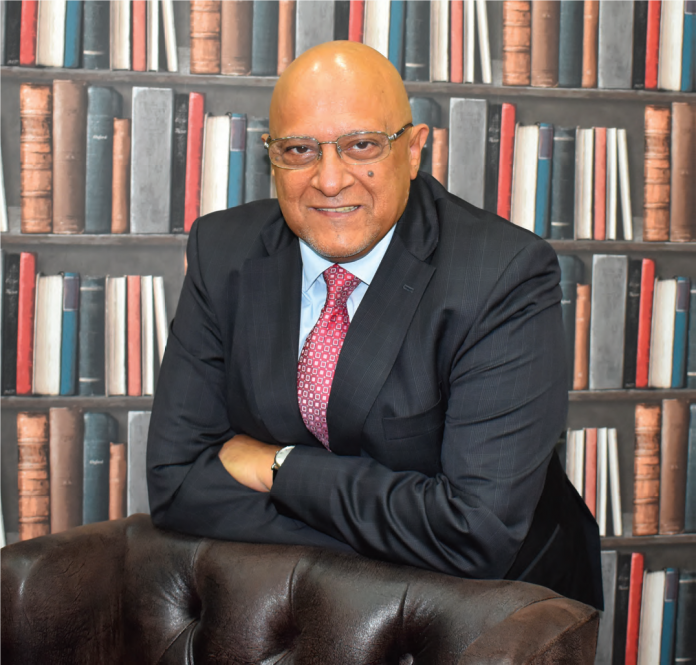 The annual African Leadership Magazine Persons of the Year Award, showcases and celebrates Africa’s finest visionary leaders who are contributing to the continent’s growth and development. The prestigious award adds credence to the notion that indeed Africa is Rising and producing the calibre of leaders who are shaping a bright future for the youth of Africa.

Professor Yusuf Karodia, who recently emerged African Leadership Magazine’s 2019 Person of the Year for Educational Development in February, has epitomised African excellence during the four decades of his involvement in the education sector. He is known for his hands-on management style and friendly disposition. An astute academic, entrepreneur and philanthropist, Professor Karodia is the visionary founder of MANCOSA and REGENT Business School in South Africa and is a founding partner of Honoris United Universities, the first Pan-African higher education platform.

As a young and aspiring educator in a turbulent socio-economic setting, Professor Karodia quickly realised that promising black students were denied access to university education under the Apartheid regime. The injustice that he witnessed and experienced motivated him to inspire change. In time and with a massive leap of faith, he established two private higher education institutions that would provide access to quality education at an affordable price, especially for those who were previously denied access. He also recognised that in order to have a meaningful impact, quality distance education was required.

The launch of MANCOSA and REGENT Business School was a major disruption in the higher education environment of the country. For the first time in South Africa’s history, private higher education institutions were contributing meaningfully to the critical issues of access and affordability. Especially, at a time when the challenge of massification of education was placed at the fore of the first democratically elected Government’s agenda in South Africa. The intrinsic value of affordable access to quality education remains imbibed in the mission of both MANCOSA and REGENT Business School, which offer distance, online and blended-learning education.

Through the Yusuf Karodia Foundation, Professor Karodia has launched the “Million Books Project” which aims to provide more than a million books to schoolchildren across Southern Africa through mobile libraries. Professor Karodia is a strong believer that reading is an essential ingredient for children to improve their literacy, further their education and to brighten their future.

Through Professor Karodia’s visionary leadership, MANCOSA and REGENT Business School became founding institutions of Honoris United Universities which is the first Pan-African private higher education network committed to preparing and educating the next generation of African leaders and professionals who are able to impact regionally in a globalised world.

The Honoris network is built upon its unique “collaborative intelligence” concept and brings together the pioneering efforts of leading tertiary education institutions in North and Southern Africa, to create pan-regional profile graduates who are competitive in today’s fast-paced and demanding labour markets.