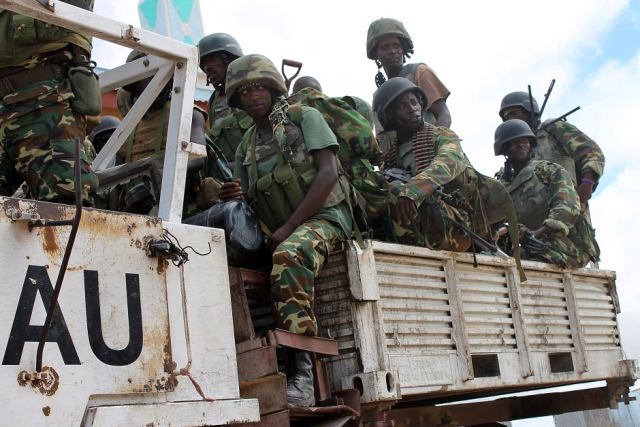 The militant group al-Shabab, once a threat primarily in Somalia, has grown and expanded its aspirations, operations and aims, and is preparing to wage a long war in East Africa, according to analysts and experts on the region.

East Africa’s Inter-Governmental Authority on Development (IGAD), which works for peace, prosperity and regional integration among its eight member states, declared this week that al-Shabab is now a “transnational” organization projecting threats of extremist violence far beyond Somalia.

“Even if al-Shabab were to be defeated tomorrow I think it has inspired a generation of jihadists from across the region, from different countries, who are likely to continue,” says Matt Bryden, a director and senior analyst for the Sahan Foundation, which conducted IGAD’s regional study on al-Shabab.

“Al-Shabab is clearly no longer an exclusively Somali problem, and requires a concerted international response,” the IGAD report said, noting that al-Shabab is active is six countries of the region – Djibouti, Ethiopia, Kenya, Somalia, Uganda and Tanzania.

Bryden traces the roots of al-Shabab back to 2009, when the group was a purely Somali organization but was also attracting many foreign adherents, in particular Swahili speakers.

“In East Africa, among Swahili-speaking populations, this goes beyond al-Shabab as a Somali organization sending agents to operate in neighboring countries,” says Bryden. “Al-Shabab’s propaganda is now heavily populated with radio, video and articles in Kiswahili. It’s clearly targeting recruits in East Africa.”

Abdirahman Sahal, director of a Mogadishu-based center on extremism, agrees with Bryden that al-Shabab laid the foundation for this regional struggle a long time ago. But he says what helped most is that the organization controlled territory in Somalia where it was able to attract foreign fighters, prepare them and send them back to their countries of origin.

“They rule land, they collect tax, they have roots. Therefore they are in a position to invite in others [and] open institutions to train them,” he said.

Al-Shabab has staged attacks in Kenya, Uganda, and Djibouti and made at least two attempts to strike inside Ethiopia. And the IGAD report emphasizes that the scope of the threat the group poses throughout East Africa has only increased.

Sahal says al-Shabab’s operational capabilities are a key factor. “They only need one or two people to attack a key place, to blow themselves up,” he noted.

If the threat from al-Shabab is to be countered, Sahal said, regional countries have to attack the group’s bases inside Somalia, where plots are orchestrated.

“Seizing their bases disrupts their administration and sources of revenue. They will be busy as fugitives, hiding, and cannot execute all the plots inside and outside the country,” he said.

“But as long as they have a space where they can drive their cars, live normally and administer their organizational functions, it will be easy for them to attack.”

IGAD came to the same conclusion that it needs to counter al-Shabab both inside and outside Somalia. But whether the countries of the region can exert more pressure on al-Shabab inside Somalia, by cooperating at a level they have not achieved during the past nine years, remains to be seen.