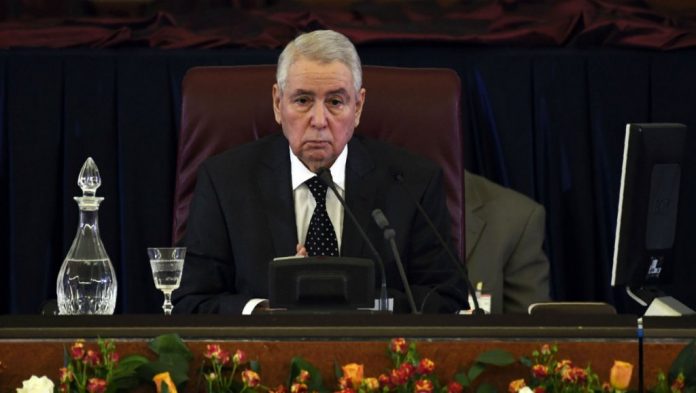 The Algerian parliament has named an interim leader to replace former President Abdelaziz Bouteflika, who resigned last week under pressure from a pro-democracy protest movement that won the army’s backing.

But the protesters who drove the leader out after two decades in power had demanded the ouster of the country’s entire political hierarchy, including the newly named Abdelkader Bensalah, a key ally of Bouteflika and the leader of parliament’s upper chamber. Algerian students were in the streets already in a protest planned to coincide with the parliamentary gathering.

As called for by the Algerian Constitution, Bensalah was named as interim leader for a maximum of 90 days until a new election can be organized. He can’t run for the post himself. Members of the opposition abstained from Tuesday’s vote.

“I am required by national duty to take on this heavy responsibility of steering a transition that will allow the Algerian people to exercise its sovereignty,” Bensalah said.

Algeria’s powerful army chief, Gen. Ahmed Gaid Salah, was due to speak later Tuesday. Gaid Salah had pulled his support for Bouteflika last week, tipping the balance last week. The military chief of staff’s response to Tuesday’s decision was paramount to the future of the gas-rich country.