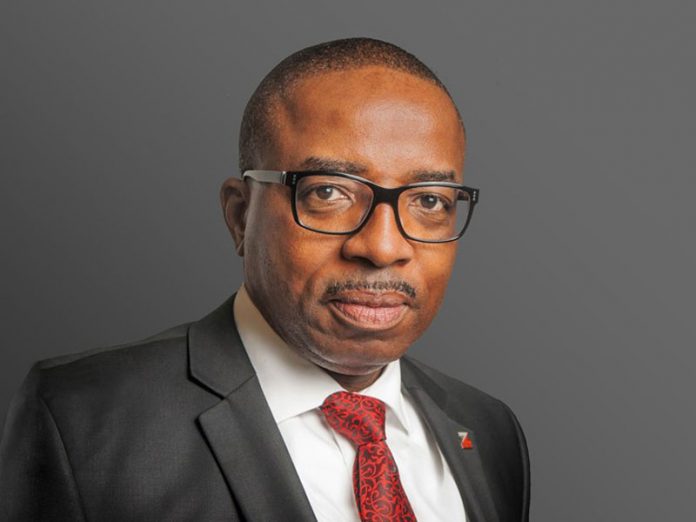 Mr. Ebenezer Onyeagwu has been appointed as the new group managing director/chief executive (GMD/CEO) of the Zenith Bank Plc by the Board of Directors of the bank. Onyeagwu’s appointment takes effect from June 1, 2019 and is subject to the approval of the Central Bank of Nigeria (CBN).

In a letter to the regulatory authorities dated April 8, 2019, Zenith Bank said that Onyeagwu who until his appointment, was the deputy managing director of the bank, replaces the outgoing GMD/CEO, Mr. Peter Amangbo, whose tenure expires on May 31, 2019, who has had a very successful career spanning over 27 years, with the last five years as GMD/CEO.

The bank described the new GMD/CEO as a vastly experienced banker and financial expert, trained in reputable institutions of learning in Nigeria, the United Kingdom (UK) and the United States of America (USA).

“Mr. Onyeagwu is a chartered accountant and was named a Fellow of the Institute of Chartered Accountants of Nigeria (FCA) in 2003,” the bank said.

The statement added that that as deputy managing director, Onyeagwu has oversight over the bank’s financial control and strategic planning, risk management, retail banking, institutional and corporate banking business portfolios, IT Group, credit administration, treasury, and foreign exchange trading, as well as general administration of the bank, among others.

“In these capacities, he handled strategies for new business and branch development, management of risk assets portfolios, treasury functions, strategic top-level corporate, multinationals, and public institutional relationships, among others.”

He is on the board of Zenith Bank Ghana, Zenith Pensions Custodian Limited, Zenith Nominees Limited and African Finance Corporation. He brings to his job strategic thinking, inspirational leadership, energetic and entrepreneurial skills. He is married with children.