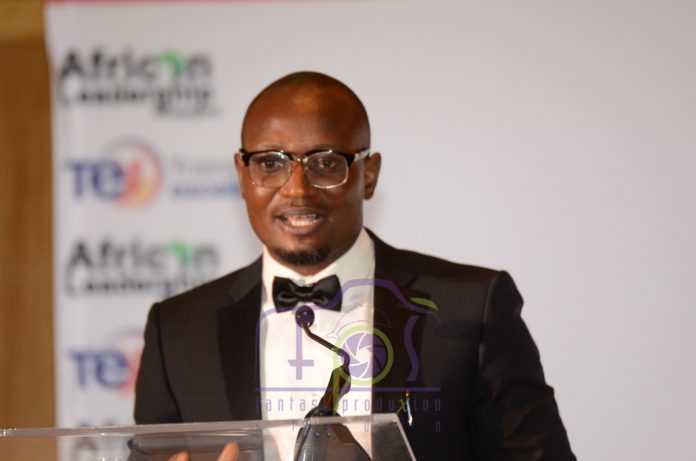 Mr. Okeke, who spoke on behalf of the Publisher, Dr. Ken Giami, maintained that Job and wealth creation has become a patriotic duty and called on the continent’s business leaders to create the right business climate for sustainable growth of the continent.

Continuing, the managing editor, commended the African Union for the bold step towards launching the African Continental Free Trade Agreement, which is a bold step towards promoting Intra-Africa trade. In his words, ” As we all know, just last year, Africa began her march to sustainable economic growth and development, with the launch of the Africa Continental Free Trade Area, in Kigali, Rwanda. As at the last count, about 22 countries, have signed unto this noble initiative, and 19 has already ratified the agreement. This is arguably the most ambitious effort by the African Union to push the bounds of the free trade among African countries – beyond rhetoric. While we understand that some knotty issues remain to be addressed, it is safe to say that the continent is making progress in this regard.” He called on business leaders to begin to think of how best to maximize the provisions of this agreement.

While commending the business leaders present at the event, he implored the inductees who were inducted into the CEO’s Hall of Fame at the event of the imperative of creating jobs. According to him,  “Our choice of bringing business leaders together with policymakers is quite intentional. Africa’s population is growing, while available jobs are declining. This no doubt presents an inherent danger for a continent already battling too Many wars. We believe that tomorrow can change, if we listen, plan and act today. I believe that seated here today are men and women, who can act today to save Africa’s tomorrow.”

The African Leadership Persons of the Year is an annual votes-based award, designed to honour African Business, political and diplomatic leaders. The event which has become the leading third-party endorsement in the continent, recorded an upsurge of 20% votes from the African Diaspora this year.

The African Leadership Magazine Persons of the Year which is in its 7th year is an annual award reserved for distinguished Africans, who are considered to have blazed the trail in the year under review. A shortlist of nominees are selected from results gathered via a Call for nomination – traditionally promoted via a paid online and offline campaigns across the continent, Europe, and the Americas. The call for nomination is the first step in a multi-phased process.

This year, the selection committee considered, among others, four broad themes: – Africans whose activities, policies and actions have contributed to ‘Investments into Africa’s young people, jobs & wealth creation; promotion sustainable peace & development, delivering of democratic values; & the promotion of Africa’s image globally’; in arriving at their decisions. Sustainable peace is a precursor to development in the continent, hence the need to encourage state and non-state actors to contribute towards the pursuit of sustainable peace on the continent.