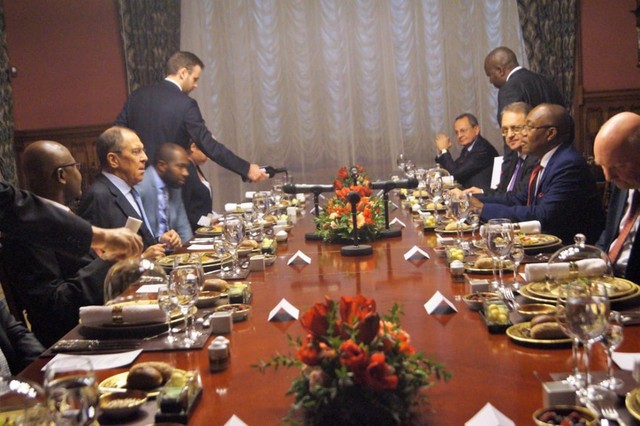 Angola and Russia have resolved to strengthen their diplomatic ties. This marks the second time that the heads of diplomacy of the two countries meet in a year. The Russian diplomat was in Luanda exactly a year ago.

The meeting between Manuel Augusto and Sergey Lavrov follows a trip to three countries (Switzerland, Qatar and Russia), which the Angolan minister has been carrying out since February 25, the Ministry of Foreign Affairs informs in a statement.

The relationship between Angola and Russia reached its high point in 1976, when the two countries signed a Treaty of Friendship and Cooperation. From 1976 to the present, relations between the two countries have undergone different stages of cooperation, and are currently more significant in the sectors of energy, geology and mining, higher education, training, defence, home affairs, telecommunications and information technologies, fisheries, transport, finance and banking.

It is estimated that about 1,000 Russians live in Angola, while at least 1,500 Angolans live in Russia.