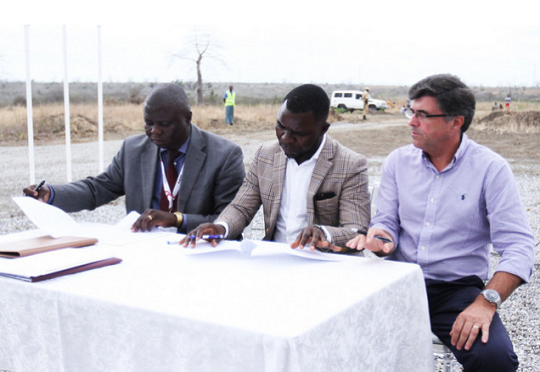 Angolan Railways, the consortium of Andrade Gutierrez and Zagope Angola have signed a contract valued at $169.3 million for the supply of 10 diesel locomotives with a capacity to carry seven thousand passengers.

The contract was signed by the deputy director general of the National Railways Institute of Angola (INCFA), Aimé Tombuele, and the director of Andrade Gutierrez, Júlio Oliveira, witnessed by the Minister of Transport, Ricardo de Abreu.

The trains will run on the Bungo / Baia section, in the province of Luanda.

At the time, the director of Andrade Gutierrez, Júlio Oliveira, said they are modern, two-way locomotives with four carriages, two of which are automotive and other carriers, with a top speed of 100 km / hour.

Luanda Railway (CFL) administrator Abel Lopes said that the trains will allow better rail service and solve the problems that have occurred in the sector.

As part of the process of rehabilitation and modernization of the Angolan Railways, the Government has, since 2007, acquired 102 new locomotives, 23 from the People’s Republic of China and 79 from General Electric from the United States of America. Of the American multinational, 100 locomotives will be acquired in total.

The ceremony was attended by the deputy governor of the province of Luanda for economic affairs, Júlio Bessa, representing the governor of Luanda, Adriano Mendes de Carvalho, among other individuals in the transport sector.