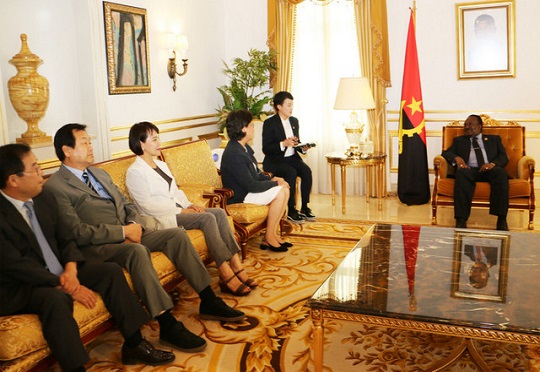 South Korea has expressed interest in creating an alliance with Angola in the face of the current political reforms underway in the two nations according to the the head of the Parliamentary Friendship Association of the Asian country, Lee Hye Hoon.

The MP, who addressed the Angolan press after an audience with Angolan parliament speaker, Fernando da Piedade Dias dos Santos, admitted that both countries are currently living under a more democratic environment and of huge leadership foreseeing a possible cooperation specially in the economic sector.

Lee Hye Hoon added that the meeting analyzed issues of inter-aid between the two friendship parliamentary associations, mainly in the strengthening of the proposals introduced during the previous meeting held in 2005.

The bilateral cooperation between the two countries is good, added the South Korean MP.

For the chairperson of the National Group for Asian and Oceania Parliaments Follow up, Sérgio Luther Rescova Joaquim, the cooperation with South Korea can not only re-launch the big goals of exchanging experiences, but also the joint work for the promotion of legislative and ruling exchange.

According to the MP, the re-launching of relations between the two countries is also aimed at creating a working basis for the training of staff and exchange of information concerning parliamentary activity and in the international context.