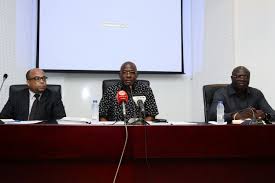 The Justice and Human Rights Ministry in Angola has recently partnered with Higher Education Ministry and its institutions, on human rights education in the country the Secretary of State for Justice has said.

Isabel dos Santos Tormenta, Secretary of State for Justice, was speaking at the opening ceremony of a workshop on the United Nations role in harmonising the implementation of human rights.

She considered important the issue as it coincides with the efforts made by the African Union and African States focused on the implementation of major commitments to human rights.

The event highlighted the importance of the monitoring role of the United Nations in the implementation and enforcement of international legal instruments by the member States, the official said.

She also said that workshop is meant to materialise the cooperation between Angola and the Norway Kingdom in the field of human rights and the implementation of the teaching on the human rights subject in Angola.

In order to promote the implementation of human rights subject in Angola, the official said that the Justice and Human Rights Ministry have signed a protocol of cooperation with the Embassy of Norway Kingdom.

The intention is to awaken the citizens’ conscience on the issue as contained in the country’s Constitution.

In his turn, the Director of the International Law and Policy Institute (ILPI), Njal Host Maelingen, praised the initiative and reiterated the Norway Kingdom’s availability to cooperate