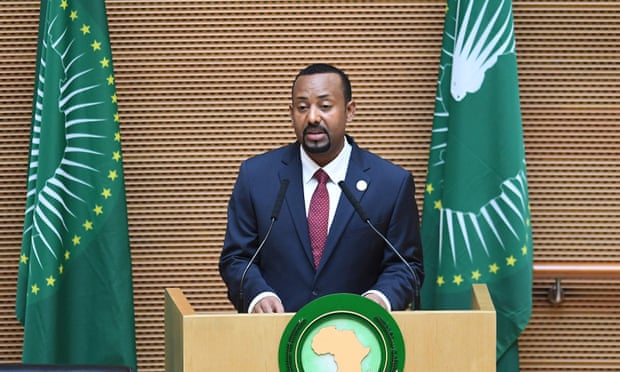 On 11th October 2019, Ethiopian Prime Minister and African Leadership magazine person of the year 2018, Abiy Ahmed Ali, was awarded the 2019 Nobel Peace Prize “for his efforts to achieve peace and international cooperation, and in particular for his decisive initiative to resolve the border conflict with neighbouring Eritrea.” At 43, Prime Minister Ahmed, who is also Africa’s youngest leader at the moment has done all Africans, and his native Ethiopians proud, and especially all the young people of Africa who see in him a symbol of hope and possibilities. At a time when majority of the leaders across Africa are much older men, Abiy Ahmed’s Nobel Prize is a pointer to the belief that if young people are given the chance, they can make a difference, especially at a time when the average age of an African president is 62, whereas the median age of Africa’s population is 19.5. I, therefore, lend my voice in congratulating the youthful prime minister for what I believe is a well-deserved win.

It is noteworthy to mention that recipients of the African Leadership magazine “Persons of the Year” prestigious Awards are well deserving of the recognition, seeing that two of the past recipients were immediately awarded with a Nobel Prize after the Persons of the year conferment. First being the former President of Liberia, Her Excellency, Ellen Johnson-Sirleaf, who emerged as the African Leadership magazine Person of the Year 2011 and thereafter was awarded the highly coveted Nobel Peace Prize 2011 for “her non-violent struggle for the safety of women and for women’s rights to full participation in peace-building work.” Well, this speaks volume to the credibility of the Person’s of the Year Nomination Committee and holds firmly true that indeed Africans Lead the World. 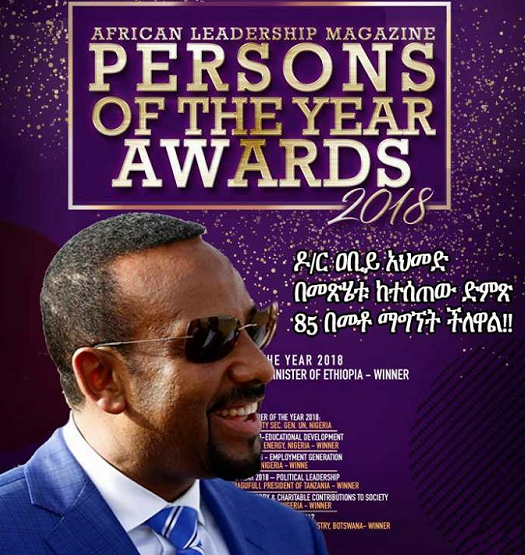 Recognizing Abiy Ahmed’s Contributions to the continent’s growth in February this year 2019, the African Leadership magazine Awards nomination committee approved the emergence of the Prime Minister as the African Person of the Year 2018, after he resoundingly emerged with over 90% of our readers’ votes cast.  7 months later, Mr. Ahmed was bestowed with the Nobel prize, painting an all too familiar route for an ALM person of the year. In 2011,

Taking a short stroll into Dr. Abiy’s past, he has tirelessly worked for peace since his teenage days until he joined the Ethiopian National Defense Force where he worked in the Intelligence and Communication Department. As a member of the United Nations Peace Keeping Force, (UNAMIR), he led several intelligence teams where critical situations were addressed. Dr. Ahmed was also instrumental in resolving civil unrest where he became a central figure of influence, which led to the preferences he enjoyed in the political sphere. The recent Nobel Prize win is another testament that he is still working for peace today.

While, I am not unaware of the ethnic rivalries and local political issues which the prime minister continues to deal with at the home front, leading to various protests, killings, and internal dissents, resulting to serious security issues, I urge all stakeholders of Ethiopia to engage constructively for the progress of their nation and indeed all of Africa. This recognition, and others that the prime minister has received in recent years, is not an end in itself, but a call to greater service for the peace and development of not just Ethiopia but Africa as a whole. I urge the prime minister to accept the award as both a humbling experience but a call to challenging time ahead. I also urge African young people to not only aspire for leadership in their communities and nations but seek a life of impact at whatever levels they are currently in life.